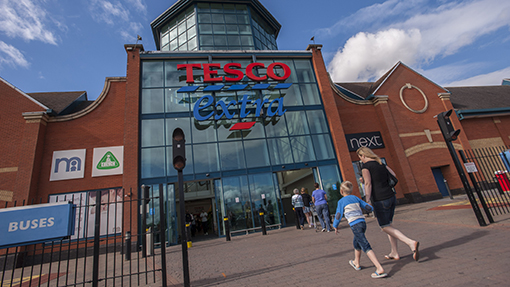 The Groceries Code Adjudicator is asking Tesco to examine its behaviour towards suppliers as part of its investigation into its £250m profit overestimate.

Experts claimed the retailer had been delaying costs either by extending the time taken to pay suppliers or the time taken to recognise the costs in accounts, while bringing forward income from supplier “contributions”. These could include payments towards promotions and shelf positioning.

An internal investigation into the profit-overestimate is being conducted by Deloitte at the request of new chief executive David Lewis, and the Financial Conduct Authority is now investigating the retailer.

Ms Tacon said: “I have requested that compliance with the Groceries Supply Code of Practice (GSCOP) is included in the scope of the internal investigation.

“I have asked to be notified if Tesco starts to find practices which might breach the code. The GCA will take a decision on next steps based on the evidence.”

GSCOP is a piece of legislation that sets out principles of fair practice that the 10 biggest groceries retailers in the UK must abide by when dealing with direct suppliers. Read our guide to the Groceries Code of Practice.

She also called for more suppliers to bring her “hard evidence” of code breaches by any of the top 10 retailers.

“Without the evidence I am powerless to act,” said Ms Tacon. “Without a strong body of fact-based information I cannot launch an investigation and without detailed data any investigation I launch will not be able to prove any breach of the code has taken place.”

“Give me the tools and I can do the job,” she said. In July suppliers were warned to ‘use the groceries adjudicator or lose it’ .

With a highly competitive grocery market, experts said last week that retailers were “ratcheting up pressure” on suppliers and that payment practices were causing suppliers to act as involuntary lenders to supermarkets.

The results of Tesco’s internal investigation are expected on 23 October.