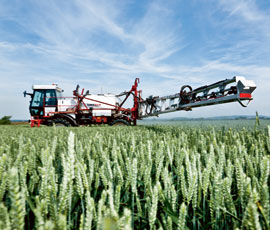 The Tenant Farmers Association has accused some landlords of seeking unrealistic rents for arable ground off the back of higher prices.

The TFA is using its presence at Cereals 2011 to call for realism in this year’s farm rent reviews as it is seeing proposals that are giving cause for concern.

TFA National Chairman Jeremy Walker said: “There is no getting away from the fact that cereal prices are higher than of late, particularly on the spot market and that some producers will be seeing the benefit of those improved prices.

“However, looking back over the past three years since these rents were last reviewed, prices have been anything but stable.  Looking forward, there is no guarantee that prices will continue at current levels.  It is not long ago that wheat prices were hovering at or below £100/tonne.  Costs have also increased markedly and margins are not significantly better than in 2008,” said Mr Walker.

Mr Walker said dry weather was likely to contract yields and many producers had sold at forward prices much lower than prices which can be obtained on the spot market.

“Many of the initial proposals from landlords have inevitably taken a bullish approach by predicting high and consistent output prices whilst applying little by way of inflation to input costs,” he said.  Add to this the tendency for some landlords’ agents to over-egg the pudding on residential values on farm tenancies we’re likely to see an increased number of disputes this year,” said Mr Walker.

The TFA is saying that landlords may have been able to secure high levels of rent on short term Farm Business Tenancies but should not expect anywhere near the same level of rent from their longer term tenants, who have to factor in volatility and sustainability.

“Both landlords and tenants need to take a sensible, realistic and prudent approach to this season’s rent reviews.”