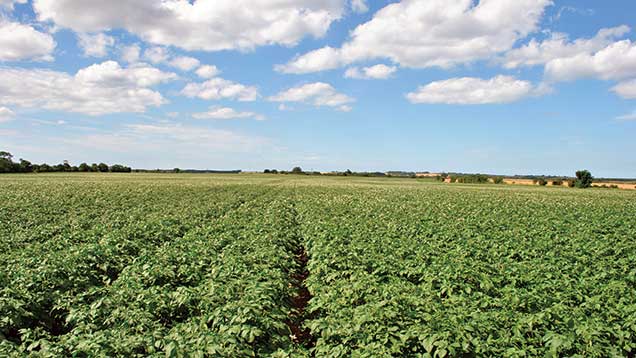 Sale highlight of the year: Land at Trunch, North Walsham, Norfolk. Highly productive grade one land in an area starved of supply. An extraordinary depth of interest from nine bidders led to a result some 55% over the guide price of £2.2m.

Christopher Miles of Savills outlines what the key features of the East Anglian land market were in 2014 and speculates what 2015 could bring.

Supply increased compared with 2013, but this was not spread evenly geographically and most prime areas lacked new opportunities. This pushed average prices up by another 10%, with most of the growth occurring in the first half of the year as weakening commodity markets affected confidence in the second half.

With rising prices in prime areas, growth in other areas has been undermined by fickle demand as farming businesses come to terms with a challenging medium-term outlook. The range of land values is therefore as large as it has ever been.

We expect greater supply than this year, though in peaks and troughs. It is likely to include a number of smaller offerings where sales are debt-related and it could be that market activity takes place in the second half of the year.

Easiest type of farm or land to sell in 2015

Properties where the balance of assets is out of proportion; say a smaller farm with significant non-agricultural elements.