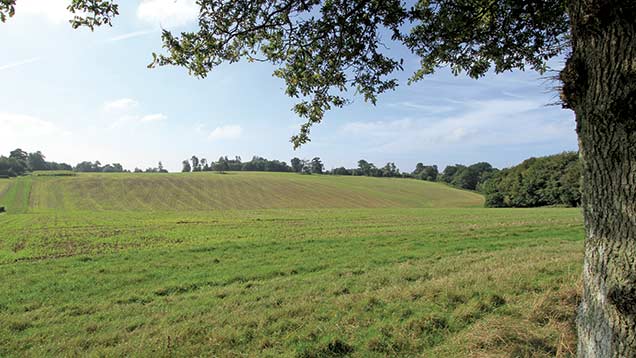 Sale highlight of the year: Eastlands Park, Horsham. Sold in excess of £11m guide as a whole, including 520 acres of Grade 3 arable and grassland, growing a rotation of wheat, oilseed rape and spring barley..

Matthew Sudlow of Strutt & Parker outlines what the key features of the South East land market were in 2014 and predicts what 2015 could bring.

The recent trend of less and less land being transacted across the South East continues: The Strutt & Parker farmland database shows 64% fewer acres sold on the open market compared with 2012. There have only been three completed sales of more than 500 acres across the region this year and one of those was a let farm, an unusual type of property for this part of the world.

The general election is often overhyped by the media, but I think in this part of the world it certainly will have an effect given the amount of residential farms and lifestyle purchasers.

Prices will remain the same and possibly increase for any larger blocks of land (350 acres or more) which will attract investors as well as farmers. There would have to be a significant increase in acreage for supply to outstrip demand, resulting in a decrease in land values.

Given the residential nature of most farms in this region, I expect the acreage available will stay similar, at least until after the general election. Once the election has passed we may see an increase in acreage available depending on the new government policies.

A commercial ring-fenced block of cereal land between 350-1,000 acres, ideally within an hour from London. A shoot would be a bonus.

Most difficulties can be overcome, but a more tricky farm to sell would be where infilling of waste material has taken place. This poses the risk of possible contamination, which can put some buyers off.