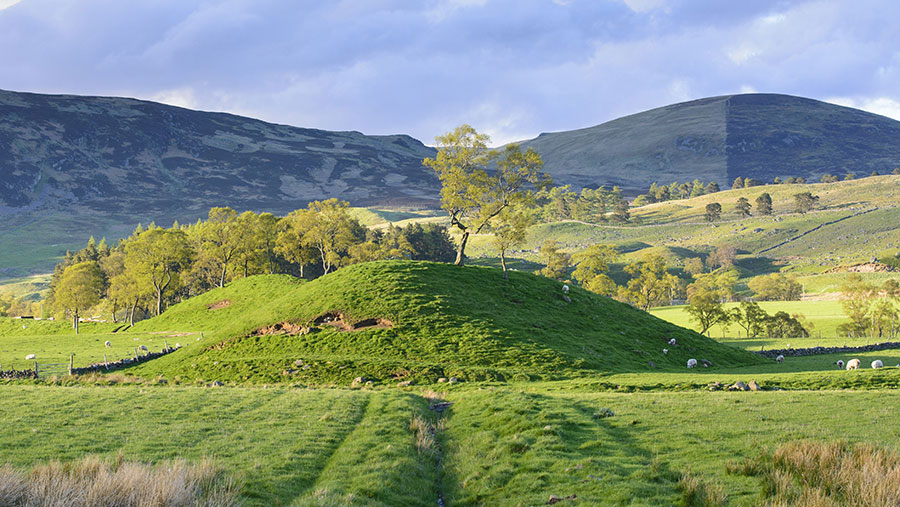 Scottish farmland supply remained at average levels in 2017, but the level of interest from serious buyers has been demonstrated by nearly two-thirds of farmland advertised last year being sold.

Farmers remain positive in their searches for units across the country, but agents say buyers and sellers are keeping a keen eye on political developments in Brussels, Holyrood and Westminster.

Buyers are often drawn to Scotland to get more land for their money, and the value continues to be emphasised with a 16% difference between prime arable prices north and south of the border.

The market continues to be characterised by low supply. Acres publicly marketed are down 13% year-on-year, broadly in line with the 10-year average which must now be perceived as the new norm.

Encouragingly, 63% of farms advertised in 2017 were either under offer or sold by the end of the year. The figure is typically 40-50%.

The uncertainty surrounding Brexit is limiting the level of land coming to market. Given the significance of the Brexit negotiations, we are anticipating a prolonged period of restricted supply until an outcome for farming post 2019 is known. This is likely to support land values in the short to medium term.

We foresee overall farmland values remaining stable and a healthy number of farm sales completed and further farms coming on to the open market in early 2018.

There is sustained use of borrowed money for farm purchases as buyers use cheap money while long-term rates remain at historical low levels.

Following improvement in values within the residential markets of late, there is a higher proportion of “new” non-farmer or lifestyle buyers coming into the market for the first time. But farmland market activity continues to be underpinned by existing landowners and farmers.