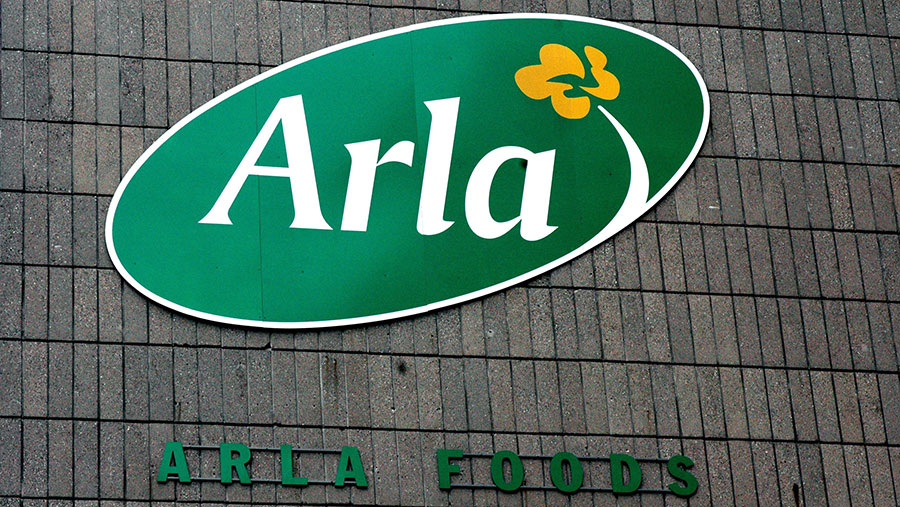 The UK’s largest dairy co-op, Arla has reduced its manufacturing milk price by 2.16p/litre from the beginning of next month.

The cut means Arla’s 2,400 UK farmer-owners will receive 27.11p/litre on manufacturing litres with constituent contents of 4.2% butterfat and 3.4% protein – its lowest level since December 2016.

Prices for Arla producers will have fallen cumulatively by 5.2p/litre (16%) when the cut comes into force in March, and is the co-op’s third consecutive fall in 2018.

“While this will be unwelcome news for our farmer owners, the challenge that we face is that our price, in common with those of our competitors, has been affected by the recent dramatic falls in the commodity markets from the highs of last autumn,” said Arla Foods amba board director Johnnie Russell.

“While last year’s increases were driven by fat, the long-term decline in the value of protein since the start of 2017 has had a significant impact.”

Mr Russell added that protein prices were now at a historical low and there was little prospect of recovery, due to the large stocks held by the EU and that cheese prices had begun to recover, but were still below the levels of a year ago.

“Butter has also begun to increase, but is still only slightly ahead of last year’s prices.

“Market recovery is from a low level and the overall price of fat and protein combined is still lower than this time last year,” added Mr Russell.

The news follows Arla’s financial performance report for 2017 in which, despite higher revenues, gross profit fell by 5% to £2.01bn.

Industry eyes will now turn to Muller to see how it responds to Arla’s cut at the end of the month.