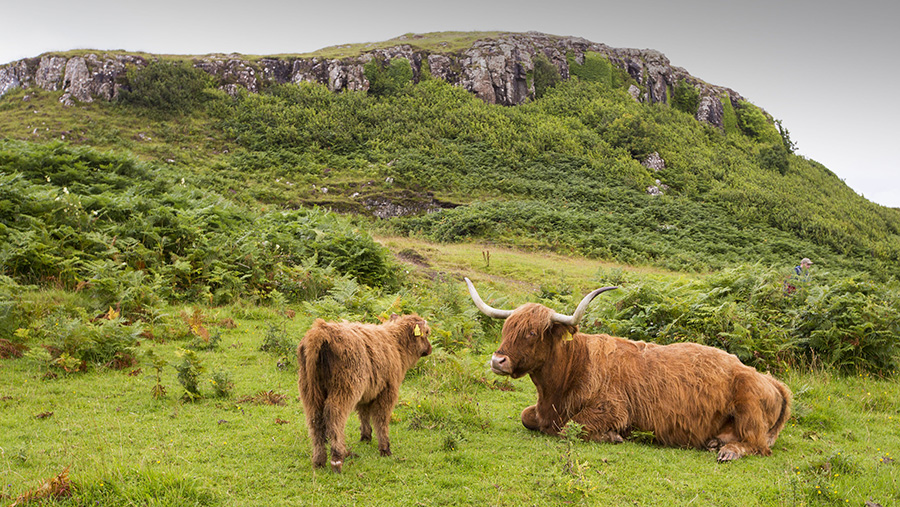 New entrants in Scotland who are looking to get their first foothold in the farming industry are being urged to apply for the tenancies of three small farms.

Applications are now being invited for a 27ha five-year let at Lochnameal on the Isle of Mull, which is grazing land surrounding a former forest worker’s holding.

A 9.3ha five-year let at Ardentinny in Cowal on the National Forest Estate, which is being brought back into agricultural use after many years, has also been made available.

“Ensuring the next generation of farmers can get a foothold on the farming ladder is absolutely crucial for the future of the industry that puts food on our tables”
Richard Lochhead, rural affairs secretary

While not an official publicly owned starter farm, young farmers are also being encouraged to apply for a 10-year limited duration tenancy being advertised for Den Farm on The Crown Estate’s Fochabers estate in Moray.

Rural affairs secretary Richard Lochhead said: “Ensuring the next generation of farmers can get a foothold on the farming ladder is absolutely crucial for the future of the industry that puts food on our tables.

“Our innovative approach of creating starter farms on public land has been a hugely successful way of doing this which is why I last year established an expert group to maximise the amount of publicly owned land available to young farmers.

“Even though the group has yet to submit its final report, we are now beginning to reap the rewards of its endeavours with even more starter farms and opportunities for young farmers coming onto the market.”

Since 2012, 11 starter farms have been created on Scottish government land.

The policy is to offer the farms for a defined period with the intention that successful applicants will be able to build their business experience and capital in that period and then move on at the end.

Highlands and Islands Enterprise and Scottish Enterprise are looking to identify land on their estates suitable for starter farm opportunities.