The introduction of the Localism Act was an initiative by the present government in 2011 to encourage the participation of local people into shaping the future of their communities.

And whilst I am all for consultation, it has to be done with reality in mind and not engaged in from the point of view of maintaining the status quo.

Instead, it is being used as a “charter” for preventing change and for stopping growth. The Act is being deployed as a tool to designate open spaces, green barriers, and no development zones. 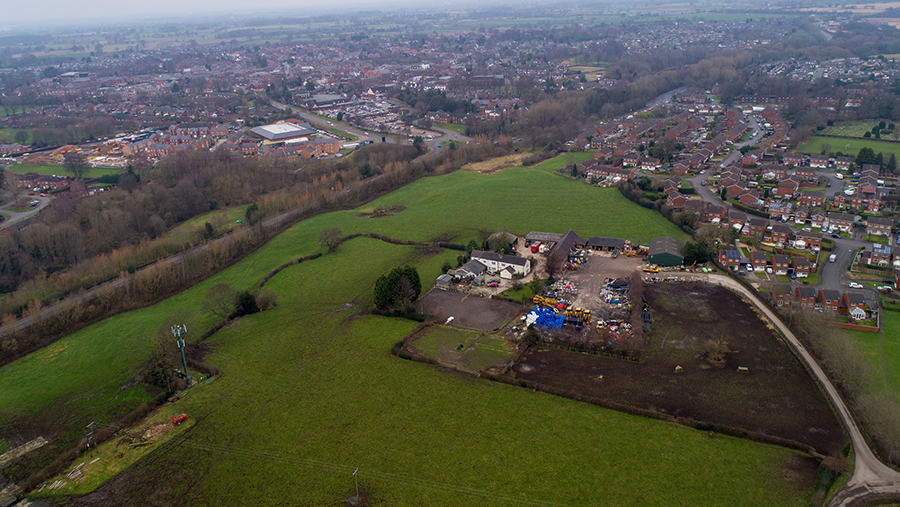 If you are a farmer there is the nimby who has moved to the country and complains about the smell of muck spreading.

If, like me, your job is getting planning permission on land, nimbys delight in objecting to anything that’s new, especially housing.

The stark fact is that we are plagued up and down the country by “not in my back yard” groups of residents who simply do not want change.

They stifle progress and impede the job of planning for future generations – all of which are needed to breathe new life into communities.

What is more, parish, town and borough councils are frightened to death by the nimby.

Letters of objection, petitions, protest marches and ganging up in mob format at council meetings is the favoured line of attack.

Change is necessary to create new housing, to keep towns vibrant, and to react to the different ways in which we now go about our lives, conduct business, shop, and spend our leisure time.

Neighbourhood Plans, part of the Localism Act, present a real opportunity for a root and branch approach to looking at what is needed in towns and villages to equip them to deal with the next thirty years. But that opportunity is being missed.

Councils of all types and sizes are rushing to get Neighbourhood Plans produced and in place.

Locals have jumped on the bandwagon and see them as a tool to prevent development.

In the 30-plus years I have been involved in town planning, land use and development, I have never seen a more negative, unhelpful and protectionist attitude from locals toward planning the future of communities.

The use of the word ‘locals’ is very misleading as it implies a balanced cross section of the local community, which could not be further from the truth.

Time and time again, only a small, minority of the local population turns up. Most often they are retired people and their message is – “we do not want change”.

My first-hand evidence of the nimby comes from having carried out a large number of public consultation meetings.

These have covered a range of proposed development schemes for housing, as well as shops and leisure use, in towns and villages across the UK.

It is difficult to reconcile the injustice of a public consultation system that fails to engage the young and the active working population.

The 25-60 age group is made up of those whose participation we need the most. After all, they will live to see the changes they bring about and will benefit the most.

The message to farmers and landowners who may wish to obtain permission to develop a piece of land is stark: you need to get your cap in the ring. early, right at the start of the Plan-making process.

You have to get involved with the local Neighbourhood Plan. Do nothing and the locals will preserve what is gone before, it is safe for them, as they see change as threatening.

Along the way you will most likely come across nimbys who, like nettles, thistles and docks will overrun the grass if you let them.