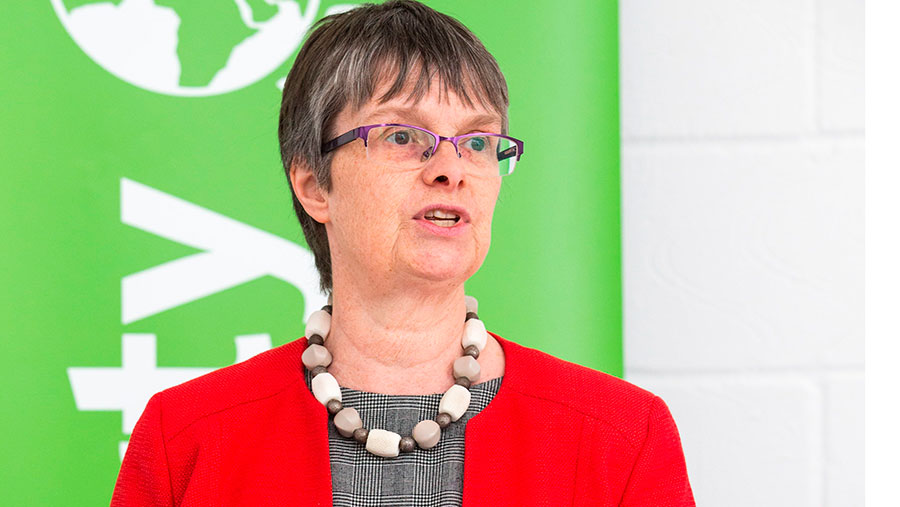 Radical change to the way agricultural land is taxed is needed to end its use as a so-called tax haven and drive down its cost, according to a leading MEP.

Addressing the Oxford Real Farming Conference on Friday (5 January), Molly Scott Cato, Green MEP for the South West of England and Gibraltar, said that, as well as shaking up the subsidy system for farmers, Brexit provides a great opportunity to reform the tax regime.

“It is timely to have this discussion because the whole issue of subsidies for land is up for grabs,” she said. “But the issue of land tax also ties in, because taxes and subsidies are basically two sides of the same coin.”

See also: How to tie up legal and tax succession issues

In particular, she pointed out that agricultural land is exempt from inheritance tax after two years if it is actively farmed, while the sale of a farming asset can also be rolled over to defer capital gains tax.

“I think it is absolutely iniquitous that, if what you own on your death is land, then you don’t pay tax on that,” she said.

“The consequence of this is that land prices have gone through the roof, as people, wherever they have gotten their gains, start to buy land to shelter that from tax.

“If there were taxes on capital gains and inheritance, then land would become more available to people who actually want to farm it and its price would fall.”

“OK, you don’t pay inheritance tax on agricultural land or the farmhouse associated with it, but you also don’t pay tax on business property,” he told the ORFC conference.

“The thinking behind this is that you don’t want a situation where every business almost grinds to a halt when someone dies because they have to go and find death duties to pay.”

Without such reliefs, businesses would have to sell their assets to pay the tax, which would frustrate enterprise.

But, as well as reforming the system of tax reliefs, Dr Scott Cato advocated the introduction of a general land value tax, to try to change the ownership structure and influence the way people farmed land.

Land ownership patterns had changed over many decades to a situation where land ownership had become increasingly concentrated into fewer hands, with a fall in the number of small, family farms.

“That is exactly what I think we should be designing a tax system to change,” said Dr Scott Cato. “By introducing a land tax, we could also influence what happens on the land.

“For example, if you had a land value tax, you could rate organic farming at 0%, or you could rate farming that is pro-climate or holds back water on the land at 0%.

“And you could also use the taxation system to reduce the concentration of land ownership in fewer hands.”