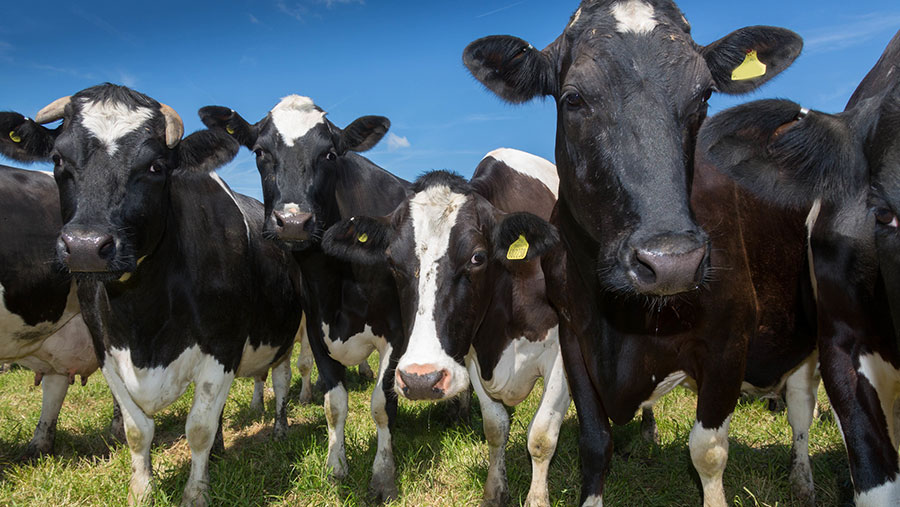 The top fifth of UK dairy farmers expanded their herd size by far more than average performers, according to consultant Promar.

Based on margin over purchased feed (MOPF), the top 20% of UK Promar costed herds increased their herd size by 5% in the year to May 2017, while the average grew herds by just 2% over the same period.

“While milk price received ultimately has a considerable bearing on MOPF, those herds in the top 20% can also attribute significantly better margins to their greater technical ability,” said Mr Davies.

Despite £242 (59%) of the £411 a cow being attributable to higher absolute milk prices for those in the top 20% – usually from non-aligned contracts, the remaining £169 came from improved technical performance.

“In physical terms, the top 20% have sold 827 litres more for just an extra 212kgs of purchased feed per cow. This is the kind of superior performance that makes a difference to confidence.”

Achieving this will have been about excellence at much more than just concentrate management – it will have involved a sustained focus on reproduction efficiency, cow health and a whole host of other factors, including the ambition of the herd owner and manager to be the best that they can be, added Mr Davies.

“Producers should really drill down into their figures to understand where improvements can be made.

“Using an industry benchmarking service can also help to really highlight areas of focus for the greatest gains, and ultimately, give individuals the strength of confidence to progress and develop their farm businesses.”