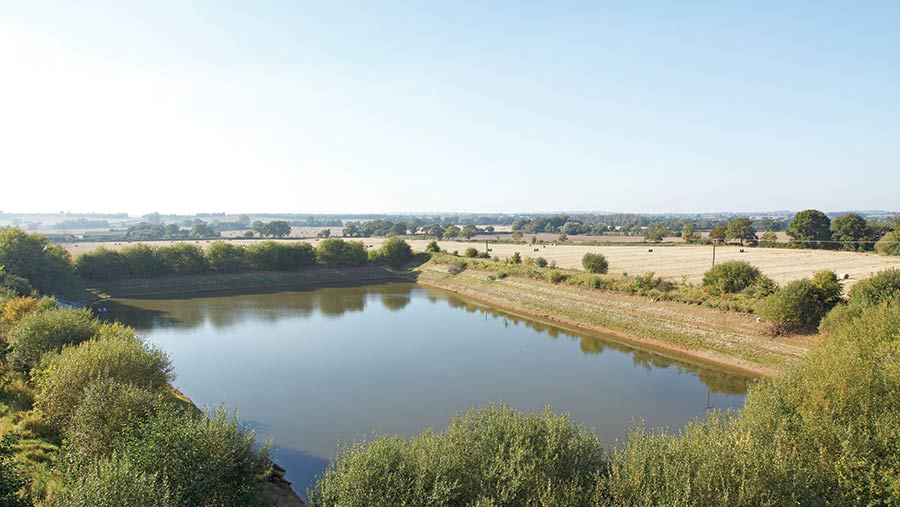 Two top-quality arable and stock farms capable of growing root vegetables and with extensive irrigation infrastructure are for sale near Newport, Shropshire.

The holdings total more than 1,000 acres and combine 29m gallons of water reservoir capacity. They are six miles apart and have been farmed together.

At 715 acres, Fernhill Farm is the bigger of the two and is described by the agent Savills as “without doubt one of the most important high-quality root-cropping farms to come on to the market in the Midlands for a number of years.”

The farmland is virtually all Grade 2 and the soil is described as easy-working medium sandy loam capable of growing high-yielding root crops balanced by cereals. Currently 120 acres is scheduled for potatoes in 2016 and 40 acres for carrots.

With a 25m-gallon irrigation facility and licence for further abstraction, nearly all of the holding can be irrigated.

It also includes a former dairy unit, which has been converted to beef. The herd grazes on adjoining land cropped on a grass ley rotation with combinable crops and root vegetables.

Fernhill Farm is well-equipped, with seven general-purpose buildings, many of which also serve as livestock housing and which are steel portal-framed. There is also a former parlour, two yards and a silage clamp.

A cottage is included, but has not been occupied for a number of years.

Bromstead Farm, at about 377 acres, also offers productive arable and pasture land and has two reservoirs with a combined 4m-gallon capacity.

The land is Grade 2 and 3 and is partly irrigated.

The farm has mainly been run as a stock enterprise in recent years, but the majority of the land has, in the past, been cropped with an arable rotation.

The livestock and general-purpose buildings were developed to a very high standard about 15 years ago and extend to 50,000 sq ft. The farm includes two houses.

A farm manager and two farm workers have run Fernill and Bromstead and will transfer to the new farm owner, under the Transfer of Undertakings Regulations 2006 Act.

Tony Morris-Eyton, agent at Savills, said it was “quite probable” that the farms would be sold together, but the seller was remaining flexible.