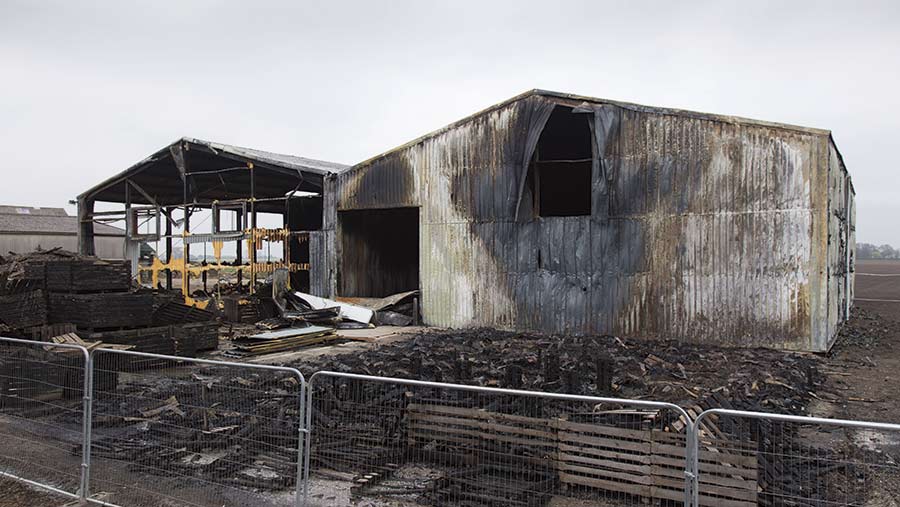 What questions should arable farmers ask when they review their insurance to ensure they get adequate cover for their business?

These will include not only the obvious machinery issues, but also buildings and public and employer’s liability cover.

While premiums and cost are important, those buying insurance need to research the levels of service that they can expect to receive from different providers.

It is also important to let insurers know of changes to the business or types of activity, as this can mean extra cover will be needed.

Isabel Davies asked Matt McWhirter, a farm broker with Farmers & Mercantile, and Chris Walsh, an agriculture specialist with NFU Mutual, for their advice.

The most important thing farmers can do is to be clear on what they need cover for and to disclose all information, even if they don’t think it’s relevant, says Mr McWhirter.

Too many are tempted to skimp on information as they think it isn’t necessary to admit, for example, how much the business has diversified.

But if a farmer fails to tell their insurer that they are doing things like renting out a shed, letting property or storing caravans then they will not be insured for that business risk.

If there is an accident relating to one of these activities, which results in a question of liability, then the implications could be extremely serious.

During a review a farmer should explain any growth or downsizing plans so that cover can be considered as their situation changes.

Discounts may be offered for long-term undertakings but this could involve committing to insuring with the same company for three or five years.

Comparing cover can be difficult as it is not always immediately obvious where the differences are.

“There is a reason why some insurers can provide cheaper quotes,” warns Mr Walsh. “The cover will not always be like for like.”

However, areas to look out for include:

Mr McWhirter advises also to be clear to those providing quotes about when those quotes are expected, and to be wary of any delivered at the last minute.

“If they don’t deliver at this stage in terms of service it probably won’t happen later on. Too many farms focus on price at renewal and not on the level of service or cover being proposed.”

Growers can reduce premiums by choosing not to take cover for a particular building or machine and assuming the risk themselves – but should think this through carefully.

Ask for the split as to what each element costs as there may be some cover that farmers are happy to carry the risk on given the premium, says Mr McWhirter.

A larger excess can make a difference to the premium, although it is likely to reduce it by 10-20% on that section, not apply across the whole policy.

Buildings can be insured on a debris removal-only basis if the insured is not intending to replace the structure in the event of a total loss.

Where there is a high number of claims within a year, if a policyholder is able to limit the number of smaller claims they make, this will also help to make sure that the premium does not start to spiral upwards.

Discounts are available for security on agricultural vehicles and are worth up to 25% (for example, for NFU Mutual customers).

However, even if discounts are offered it can still be worth double-checking whether cheaper cover is available elsewhere.

Some farmers may opt to drop accidental damage cover and effectively self-insure if an incident causes damage.

The key advice when it comes to machinery is to keep a running inventory of tools and machinery along with a note of the value. This should be updated as and when machinery is sold and replaced.

Farmers & Mercantile says it advises farmers to specify all self-propelled vehicles on the policy, even if low value, otherwise it leaves growers open to a liability risk if someone is injured by the machine.

“Always check with your insurer when in the process of buying new kit to ensure it is covered from the day it will arrive,” adds Mr McWhirter.

“Also, you don’t want £100,000 of new equipment being delivered and suddenly your insurer hits you with a large additional premium – check in advance.”

Make sure that your insurer is informed of kit or computerised systems that have been installed on machinery, adds Mr Walsh.

Failure to do so can mean no protection for the kit itself or for stored data in the event of an incident.

Also, check whether cover includes implements and trailers and, if yes, how does this work – some policies only cover implements when attached, others while they are standalone.

Implements such as ploughs, drills and trailers are usually covered automatically – attached or detached – as part of the tractor policy, but growers will need to check what the limit is on value – many offer £50,000, but others £100,000.

Other points to watch are:

One mistake that farmers can make is to underestimate the rebuild cost of any buildings, says Mr McWhirter.

People overlook how much it can cost to install adequate ventilation if they are replacing a traditional building and the cost of materials if it has to be rebuilt with a particular form of stone. The cost of labour and ease of access to the property can also make costs mount.

How much risk to cover with insurance and how much – if any – to leave unprotected is a personal choice, says Mr Walsh.

“We often find it can be a false economy to leave unoccupied buildings uninsured because if there is a fire or other incident there can be very high clean-up costs,” he adds.

Earlier in the year, the government announced a change in the Ogden Rate, which is a calculation used by the courts to determine how much insurance companies should pay out in cases of life-changing injury.

As a result of this change it is anticipated that settlements in personal and employer liability cases will increase dramatically and farmers will need higher levels of cover to reflect this.

Farmers & Mercantile now advises clients that they take a minimum limit of £20m for employers’ liability and £20m for public/products liability cover.

Cover does not normally include liability relating to school visits/young farmers events/charity events unless they have previously been notified to the insurer.

Other areas to consider

This is usually additional to standard cover and can be broken down into different options such as loss of income cover, additional costs of working cover and loss of profits cover.

Each works in slightly different way and businesses will pick and choose which best suits them. They are useful because, for example, after a big fire a business is often more at risk because income has ceased than from the costs of repairing the damage.

Farmers sometimes opt out of these covers and regret their decision when severe weather strikes.

Most insurers put some sort of condition on the number, separation and location of hay and straw stacks because of the risk of arson (although it is worth noting the most common cause of farm fires is electrical faults). Many policies have limits on the value of straw – usually £25,000-£30,000.

This covers the farmer should chemicals or waste find its way on to third-party property from a slurry store, AD plant, chemical or waste stores.