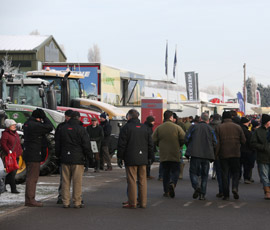 Tractor registrations fell by almost 20% in the first six months of 2013 compared with the same period last year, according to the Agricultural Engineers Association (AEA).

The first half of last year was exceptionally strong, added the AEA, thanks to a favourable farming background, plus an incentive to invest provided by capital allowances. But the second half of the year proved much more difficult, with a poor harvest followed by very tough drilling conditions and then a prolonged cold winter.

As the second half of 2012 was weaker than the first, the AEA did not expect to see the same sort of big percentage decreases for the remaining months of this year.

Tractors sales dropped in 2012 – but only a bit