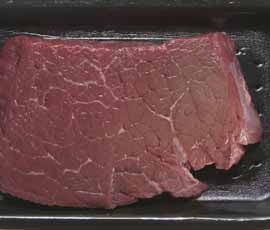 Plans to ban the offspring of cloned cattle could spark a multi-million euro trade war between Europe and the rest of the world, the European Parliament has been warned.

Speaking to the Parliament’s committee on international trade, EU trade chief Karel De Gucht said calls to ban clones’ offspring would force Europe to reject imports of beef and dairy products from countries such as the United States.

As countries outside the EU have no traceability systems to detect the origin of food, Mr De Gucht said an outright ban would have to be placed on the imports of beef and dairy products if restrictions on cloned cattle were introduced.

The move could have a significant impact if trade partners decided to block EU exports, he added.

Mr De Gucht said while there were serious animal welfare concerns about cloned cattle, a ban of clones’ offspring would be hard to defend as they were bred by conventional methods.

According to estimates in an internal European Commission paper, measures such as ending the agreement on hormone-treated beef could see EU exports lose out on €250m (£215.7m) a year if the US decided to retaliate.

Mr De Gucht’s warning came as the Parliament and European Council began discussions to reach an agreement on the revision of rules surrounding novel foods.

Parliament has insisted any ban on cloning should extend to the products of offspring.