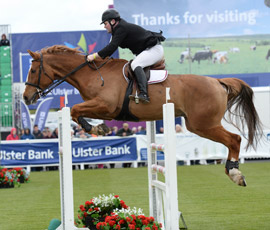 Balmoral show organisers have insisted the opening day was a success, despite the fact visitors faced up to three-hour delays getting to the new showground, as traffic ground to a halt.

Event organisers issued a last-minute plea to visitors on the first day of the show (15 May), urging them to use public transport to reach the events’ new 26ha site at the Maze in Northern Ireland.

But many visitors travelling east and south still complained of long traffic delays and the organisers called an emergency meeting with police and other authorities to discuss how best to ease congestion.

“Everyone knew there would be hassle to get here, but some had too much hassle, so we need to fix that,” said Mr McDonald.

“You can’t make it perfect here because we don’t have a perfect road system, but we can make the best of what we have got,” he added.

Despite issues with traffic, Mr McDonald said the opening had gone better than expected.

“It has started better than we could’ve hoped and compared with the overall success of the show, traffic is a minor problem.

“When the members voted to have the new showground they knew all the factors, but we hoped the public would see the benefits too, and they’ve voted with their feet,” said Mr McDonald, referring to the large crowd that flocked to the show on the first day.

He added: “I have heard nothing but praise from every corner of the show.”

See more on the Balmoral show