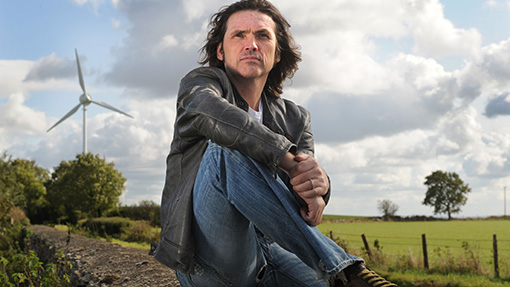 Evance, which is best known for its flagship R9000 turbine, ran into difficulties last month when investors pulled out following the latest in a series of cuts to government support for sub-15kW turbines.

FiT payment rates for this sector were cut by 20% from 1 April, which came on top of further reductions last year (see table below) that reportedly led to an 80% drop in small wind turbine sales in Britain.

Ecotricity founder Dale Vince told Farmers Weekly the firm did not plan to “abandon any owner” in terms of warranties, or maintenance and parts for existing Evance turbines, but it was too early to give details on exactly what would happen.

“We understand why the question is being asked because its normal practice in these situations for warranties to be abandoned, but nobody will be left in the lurch. We will be communicating with customers as soon as possible, once we understand all the issues.”

For those with an Evance turbine on order it was business as usual, he added.

Evance was in the process of developing a new windmill design that promised a “massive step change in terms of efficiency and cost”. That technology would continue to be developed and brought to market in the next 12 months, Mr Vince said.

Ecotricity also planned to expand its “Merchant Wind Power” model to small-scale turbines to allow those with suitable sites to install a turbine with no capital outlay. Details of how it could work had not been finalised, but the MWP model for large turbines (for example, on the Ford diesel factory at Dagenham) sees Ecotricity take on everything from project feasibility, to planning, construction, operation and maintenance, plus ROC payments and electricity sales, in return for supplying cheaper electricity.

“We have a long-term vision of a vertically integrated small wind company, where we’ll do everything from site selection and planning, through building towers, turbines, invertors and we’ll buy back the excess electricity.”

The problems at Evance were the latest example of the challenges faced in the small-scale wind sector, which has felt the squeeze from support cuts.

But while farmers or landowners may understandably feel uneasy about investing in this technology when alternatives such as biomass or solar potentially offered lower risk and more stable returns, there was still a decent case for wind turbines, said the Farm Energy Centre’s Jon Swain.

“In the right location wind turbines can deliver good output, so it’s not to say there isn’t a return from wind.

“Government incentives were only ever designed to kick-start the sector and are not a long-term solution. Policy has moved on, but we’re still seeing interest in wind, especially from developers offering the ‘funded package’ where they rent the land to put a turbine up.”

Mr Swain urged people to look beyond FiTs and perhaps consider how on-farm energy use could be altered to improve project viability. “If returns still don’t meet your expectations, then talk to installers about their funded solutions. Returns will be lower, but so is the risk to you.”

Kite Consulting’s Paul Fox reiterated the importance of carrying out due diligence on any company, but acknowledged it was often very hard to do in practice. “The best you can do is look for an established, reputable company with a proven track record, reliable product and try to understand where the money is invested.”

Seeking independent advice from the outset was a relatively cheap insurance policy to avoid making a costly mistake, he added.

NFU members considering investing in renewable energy technology can access advice and a list of approved suppliers via its Farm Energy Service.

The list includes five companies in each of the main technology types that have passed the NFU’s due diligence process, which looks at:

The service also offers a free initial feasibility assessment for a project or site, giving an overview of the opportunities, estimated costs and next steps. There is also a tool to help farmers find the most appropriate electricity or gas contract.

Go to www.nfuonline.com/membership/farmer-grower/member-services/farm-energy-service/ or call 0870 844 5700.