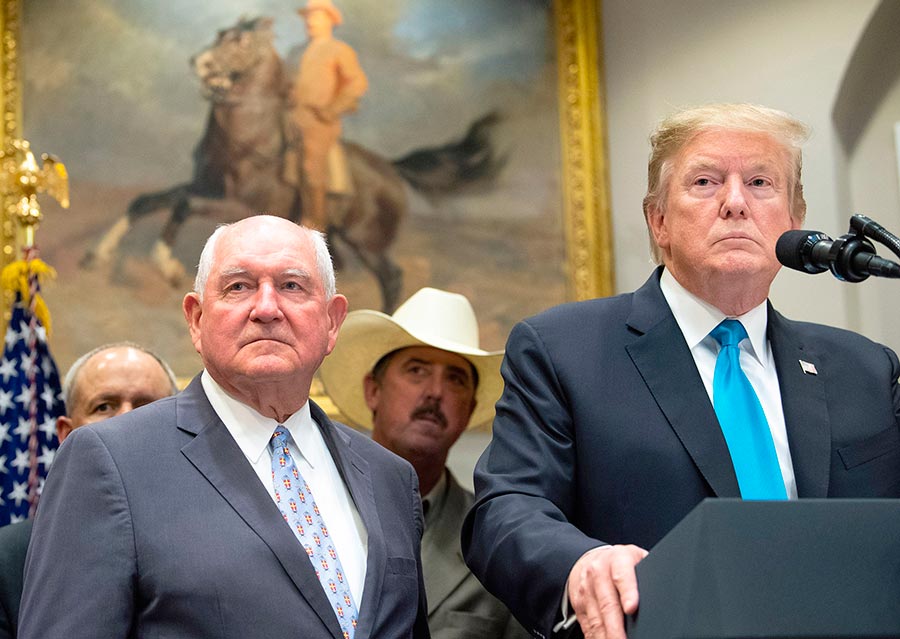 US President Donald Trump has proposed another giant bail-out as American agriculture creaks under the pressure of his trade war with China.

The $16bn (£12.6bn) cash injection is the administration’s second multibillion-dollar payment to farmers as retaliatory Chinese trade tariffs make US agri-exports to one of its biggest markets financially unviable.

Mr Trump promised immediate relief for farmers whose margins have been squeezed under his presidency.

“We will ensure that our farmers get the relief they need, and very, very quickly,” he said, adding that China had attacked US farmers and he was simply helping them achieve “a beautiful, flat, level playing field”.

The deal will consist of three tranches, the first likely to be paid in July or August, followed by additional funding in November and January next year.

Which agri-goods does the UK import from the US?

America’s 3.2 million farmers will receive a share of $14.5bn, with the remaining $1.5bn used to buy surplus food for impoverished Americans and food banks.

An additional idea laid out by the president, to distribute this food to Third World countries, was scrapped.

Details of how the money will be allocated have not been revealed, but in a previous round of $8.5bn of support payments paid last year, the top 10% of farms received more than half the funds available, according to the Financial Times.

Farming is an anomaly in US industry, being the only sector to receive direct payments as a result of Mr Trump’s trade war with China.

The industry, like that in the UK, is consolidating as smaller farms are consumed by larger enterprises capable of absorbing cripplingly low prices for soya beans – the nation’s most valuable agricultural export.