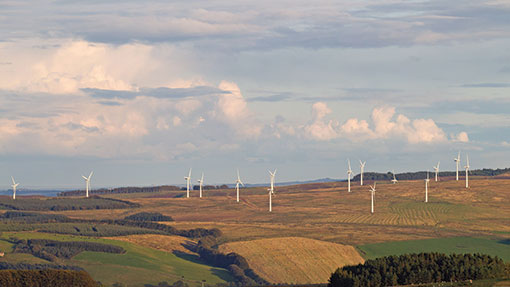 The decision to install a wind turbine will become much more complicated in future.

Government support levels, finance, politics and the speed at which projects can progress will all play a more significant role.

The lead-in time from conception to commissioning for a wind turbine project can easily be more than two years, with income levels now more strongly dependent on having all services, legal agreements, access and support arrangements properly lined up.

Development decisions will continue to be influenced by the increasingly vocal opponents of wind power and the politics behind the energy market as it goes through a period of reform.

Degression is the mechanism through which Feed-in Tariffs (FiTs) are automatically reduced once deployment reaches a certain level.

The calculation of deployment levels includes installations that have gained pre-accreditation – a method of “pre-booking” FiTs rates even though a project has yet to be built.

Once pre-accreditation status  is achieved, a project must be installed within 12 months. Under the current regime, failure to do so by April 2015 means a 20% cut in support.

However, pre-accreditation cannot be achieved unless planning permission and a grid connection are secure.

While degression is having a significant effect, there are still viable returns to be had from wind turbines, even at reduced subsidy levels.

However, unless matters change, potential returns for new projects beyond 2015 may lead to new FiTs wind turbine projects reducing to a trickle or stopping altogether.

Site selection will become more focused, as locations with higher average wind speeds will be required in order to make projects viable.

We also anticipate that component and construction costs will come under pressure, particularly the cost of the turbines themselves.

Securing a grid connection is a major challenge in itself. Aside  from this, as some have found to their cost, paying for your grid  connection does not ensure the necessary rights exist over land required for the connection and which is in third-party ownership.

As the clock ticks towards  the pre-accreditation deadline, neighbouring landowners are in a strong position in this respect.  They will know that project owners risk a big drop in income if they do not meet their installation deadline.

There needs to be a benefit for both parties in any deal and it is important to know the value of the rights granted to achieve an appropriate settlement.

Landowners who are approached to agree access shouldn’t focus solely on the financial aspects of an agreement – the rights granted could have a detrimental long-term effect on their property and so must be properly assessed before any agreement is reached. They need to understand that there could be costs involved if cables have to be moved in future.

Understanding the risks and requirements of a project will help those considering a wind installation to decide whether to approach it on their own account, offer a lease (usually with a guaranteed rent plus a “turnover” income dependent on the annual output of the turbine) or to set up a joint venture operation.

Funding, planning risk and tax are likely to be important elements in making this decision.

The Scottish independence issue brings a further risk to the decision whether to install a wind turbine, as does the recent Conservative Party announcement that it will not financially support any new wind capacity should it win the next general election.

Mike Reid is head of the utilities department of land agent CKD Galbraith.