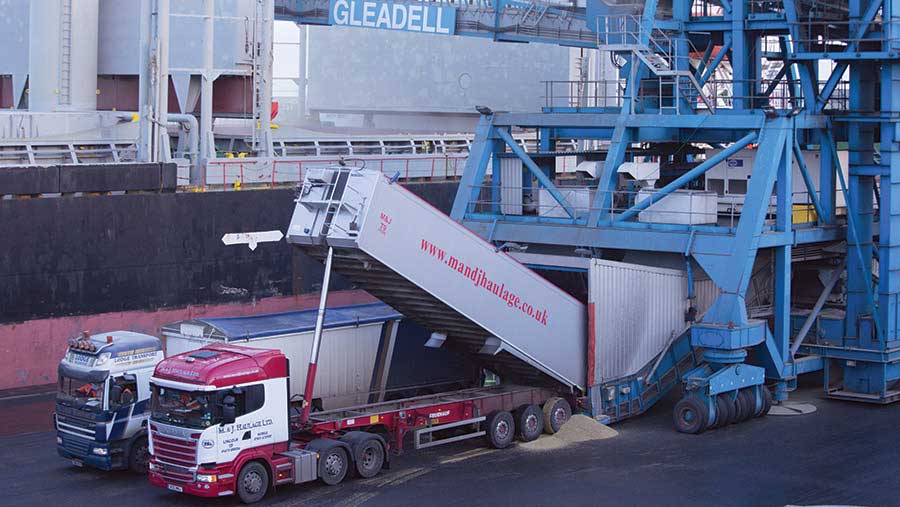 The 900 or so lorryloads it will take to fill the MV Sea Brave (pictured) will help to shift the estimated 1.8 million tonne barley surplus produced by the 2015 harvest.

The most recent official figures for UK barley exports show almost 620,000t exported between July and the end of November 2015, compared with about 560,000t in the same period the previous season.

See also: How agricultural imports and exports reacted to world events in 2015

However, the trade estimates that about another 230,000t has been loaded and shipped since the end of November, bringing the total to about 850,000t.

Feed barley is currently worth £93-£100/t ex-farm spot. With the recent fall in the value of the pound, UK wheat is now competitive on export markets.

“There have been quite brisk exports on wheat but it’s a real challenge finding demand,” said Mr Lane.