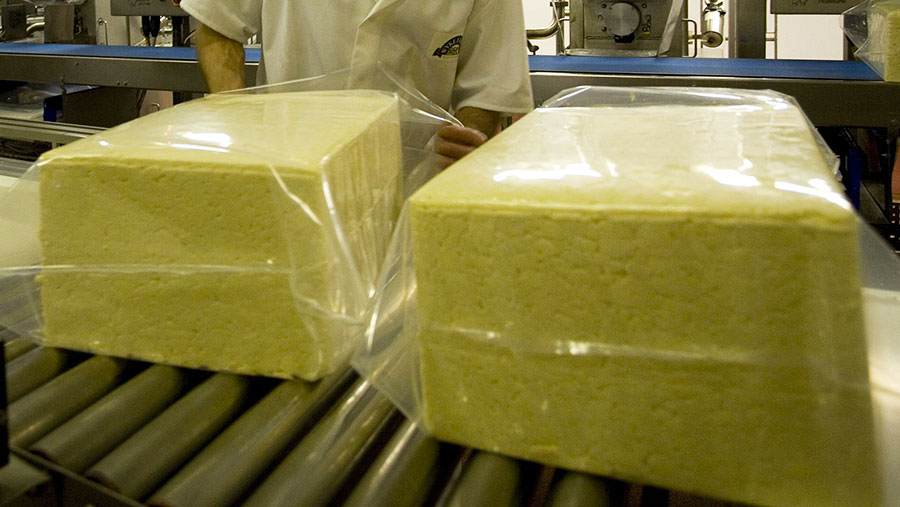 The value of UK cheese exports grew by almost one-quarter in 2017, according to new figures from the AHDB and HMRC.

UK cheese shipments surpassed £615m last year, an increase of 23% on 2016, with cheddar continuing to make up the lion’s share of exports.

Europe continued to be the biggest customer of UK cheese, with Ireland, France and the Netherlands the largest recipients.

Despite shipments to Germany continuing to decline, there were large sales increases to the likes of Denmark and Poland – the latter seen as a key market to several major cheese exporters.

The Philippines alone saw a 27% increase in imports of British cheese compared with the previous 12 months.

Average price increases in these markets led to a 57% increase in the value of cheddar exports year-on-year.

The latest figures were a testament to the ever-growing reputation of British dairy products, according to AHDB senior export manager Lucy Randolph.

“The 2017 data shows another strong year of growth for our cheese exports,” said Ms Randolph.

“While the EU is still our main market and is vital for UK dairy exports, it is encouraging to see both volumes and value increase outside of Europe.”

Ms Randolph added tha the AHDB was continuing to work with cheese producers in the UK to grow exports in existing markets as well as developing new opportunities across the globe.

Despite total Chinese imports of dairy products continuing apace in the first quarter of 2018 – up 15.3% in tonnage and 24.2% in value compared with 2016 – volumes of cheese dropped by 5%, according to Italian dairy analyst Clal.it.

The analyst predicts there is still vast room for consumption growth in the country as dairy reaches more consumers each year.