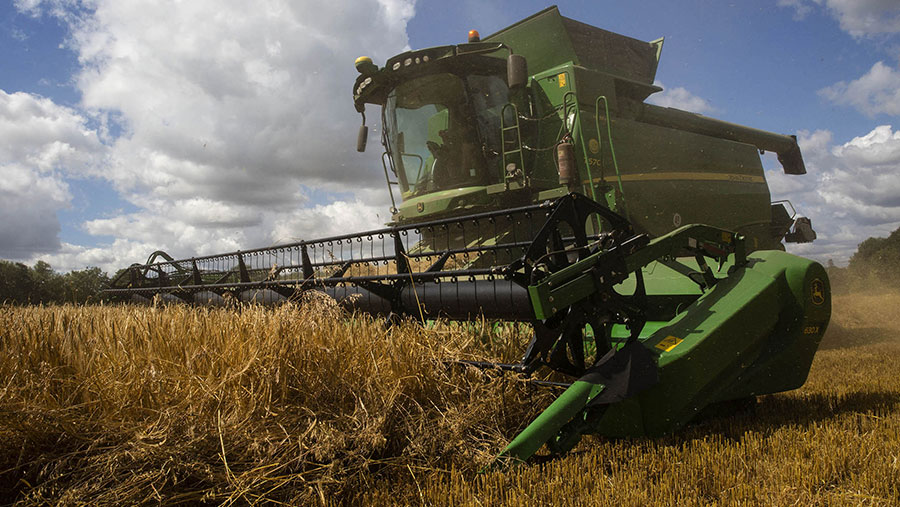 The dip, which enabled the UK to remain export competitive, followed losses in the French market caused by the strengthening of the euro to more than US$1.20 on Tuesday (29 August), said grain traders.

Group 1 milling premiums remained fairly stable on average, at £14.50/t over feed, down just 20p/t on the week. However, premiums ranged from as high as £23/t in Gloucestershire and the West Midlands; where milling crops had been damaged in the wet weather, to £12/t in east Anglia and the East Midlands.

Globally, the large Black Sea grain crops and easing concerns over US maize yields had weighed on prices, said a report by AHDB Cereals & Oilseeds.

Russia, Ukraine and Denmark were all offering up cheap wheat, creating further harvest-time market pressure. However, the weakening of sterling against the US dollar and the euro had helped to cushion UK grain prices.

Markets were generally subdued as farmers focused on harvest and other field work.