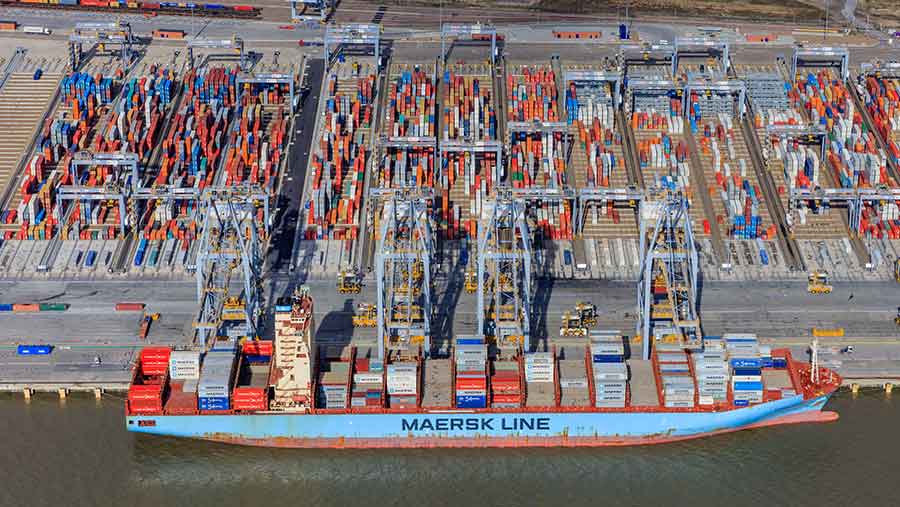 This raised the share of non-EU trade by 1.7 percentage points over exports to Europe in the first nine months of the year, amounting to 28.4% of total trade in the sector, according to a report by the Food and Drink Federation (FDF).

In the first full three months following June’s vote to leave the EU, trade with the continent also rose by 9.6% on the previous year, hitting £2.4bn, which accounted for 71.5% of total UK trade.

UK goods have been attractive to foreign buyers since the referendum outcome, with the pound falling 17% in value against the US dollar since 23 June, but the full effect of devaluation is yet to be seen according to AHDB head of exports Jean-Pierre Garnier.

“Although these figures look promising and exports continue to rise year on year, we won’t see the true reflection of the cheap pound until into 2017.

“Volumes sold in recent months and being sold now with sterling at its current level should push export volumes up further.”

There were large increases in trade with 18 out of 20 of the UK’s largest food and drink trade partners.

The biggest year-to-date rises came from trade with Norway (+33.2%), China, helped by huge increases in UK pork exports (+61.7%) and Malaysia (+167.3%). However, Ireland comfortably remained the UK’s largest customer, importing food and non-alcoholic drink to a value of £2.29bn for the year to the end of the third quarter of 2016.

Despite the rising figures, the UK still has a substantial food trade deficit of £23.3bn, 2% higher than at the end of September 2015, which is a cause for concern, says Mr Garnier.

“Domestic food production has been declining for a number of years and it’s not enough to consistently rely on imports.

“One shortage overseas and there could be a supply problem. The deficit needs to come down and home-grown production needs to be increased.”