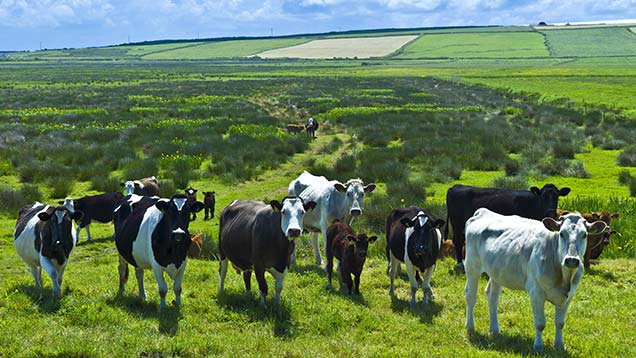 Britain could be shipping beef to the USA by the end of the year, after Ireland became the first EU country to gain access since the 1997 BSE ban.

US inspectors have cleared the Irish department of agriculture to sign-off abattoirs to sell beef across the Atlantic.

The UK has its next inspections at the end of March and early April, which means UK authorities could have the same clearance by the end of 2015.

Peter Hardwick, Eblex head of trade development, said the market could be worth £23m to the British beef sector, but it was hard to predict as the UK had never sold there before.

“We think there is an opportunity. It is a good market for high-quality, grass-fed beef,” he said.

We are well on in the process and we are fully engaged with the US authorities. We are on the road.”

About two-thirds of British beef imports come from Ireland, but the country will have to compete with Australia, Canada, New Zealand and Mexico, who are the USA’s top suppliers.

Irish agriculture minister Simon Coveney said the US market was a “huge prize” and the approval was a big endorsement for Ireland’s production and regulatory systems.

Irish Farmers’ Association president Eddie Downey welcomed the news but said its significance would be judged by farmers’ securing better beef prices in 2015.

EU commissioners for health and agriculture Cecilia Malmström and Phil Hogan called on the USA to work quickly to extend approval to the rest of the EU.

“This reopening of the market is a welcome first step to abolish the disproportionate and unjustified US ban that followed the BSE crisis of the 1990s, and to re-establish normal trading conditions,” the joint statement said.

Sheepmeat exports to the USA would require further negotiation between the EU and USA.

“That is where we stand more chance to try and displace the New Zealand product going into the USA,” he said.

“We are very competitive at the moment. It would be lowish volumes but higher value.”