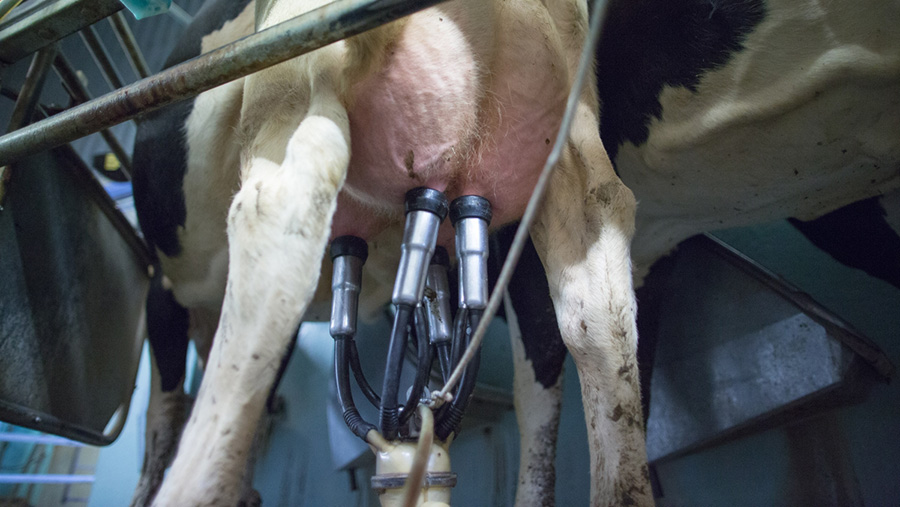 British dairy farmers are producing less milk each day than last year, as spring gets off to a slow start.

The latest figures could be an encouraging sign that the high milk production depressing prices is easing back.

But daily production is 3.3% up on the three-year average as UK production rises towards its annual peak output.

Weak markets are not holding back the milk flood across Europe, said The Dairy Group principal consultant Nick Holt-Martyn.

The EU was on track for 3.5% production growth in the first full season after quotas ended, with Ireland leading the pack with deliveries up 37% in January and February.

“The commission are adamant that the EU is not to blame, citing growth in New Zealand over the past 10 years as more significant,” he said.

“However, markets are not concerned by percentage expansion, but only by the extra tonnes of dairy product that need to find a home, with 1% of EU production equating to 7% of New Zealand output.”

The Dairy Group’s market price equivalent, which tracks UK cheese, butter and cream values, fell 0.38p/litre on the month to 22.78p/litre in March.

The GDT indicator, which puts returns from the Fonterra auction into British prices, dropped to 15.5p/litre.