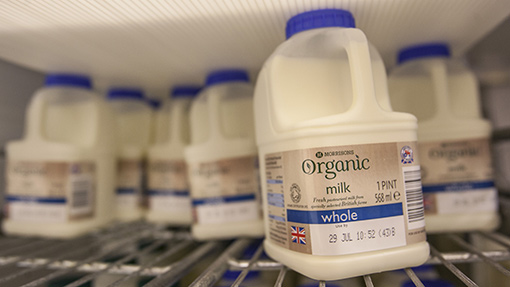 The UK organic market grew in 2013 for the first time since 2009, creating a widening gap between demand and production.

According to the Soil Association’s annual organic market report, sales of organic products including groceries, textiles and beauty products increased by 2.8% in 2013 on the previous year, to £1.79bn.

“It’s been a long time since I’ve been able to say things are looking positive in the organic market,” said Rob Sexton, chief executive of Soil Association Certification.

“However, we have a disconnect occurring where output is falling while demand is now growing. Although we have a core of organic farmers committed in the long term, there is serious concern that farmgate prices are not good enough,” he said.

Supermarkets, which accounted for 71.3% of all organic products sold in the UK last year, needed to show longer-term commitment to farmers, said Mr Sexton.

Without this, domestic production would increasingly fail to meet demand, resulting in increased imports of organic produce. Arable, poultry, lamb and eggs were the most vulnerable to this with current trends.

Increased sales were driven by independent retailers, box schemes and the catering industry. Sales of organic products through farmers markets and farm shops increased 3.5% to £42.7m.

Eighty of the Soil Association’s top 100 organic companies expected growth in 2014, as did Sainsbury’s, Waitrose and Ocado, while Tesco, Morrisons and Marks & Spencer predicted little change.