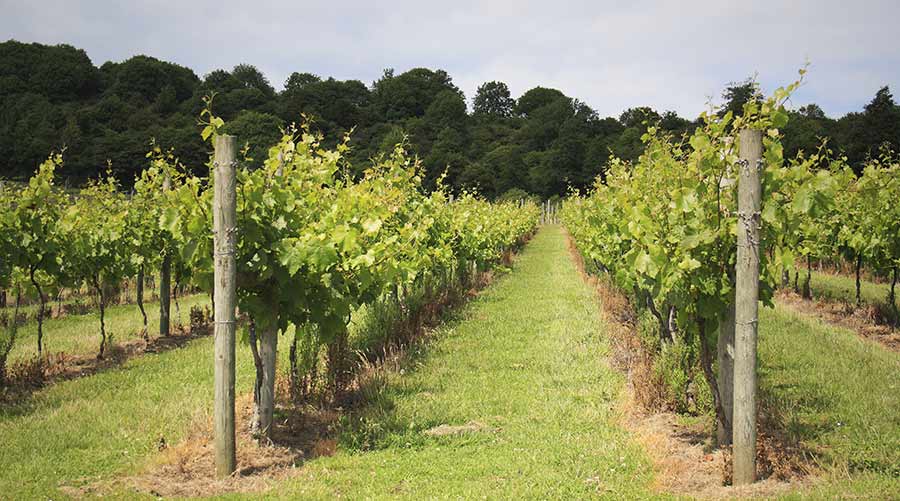 The amount of land planted to vines has jumped by 690ha over the past year, making the UK one of the fastest expanding wine regions in the world.

Latest figures from industry trade body WineGB show that around 3m vines have been planted this year, which translates to a 24% increase in the overall land area now under vines.

There are now just over 3,500ha being used to grow vines across the whole of the UK – more than triple the area found in 2000.

Landowners with suitable ground are finding the sector financially attractive, with sale prices between £12,000 and £20,000/acre and farm business tenancy rents of up to £350/acre for a 25- to 30-year let.

A recent academic study by the University of East Anglia suggested that there may be as much as 35,000ha of land suitable for wine production – much of it in Kent, Sussex and East Anglia.

Although much of the additional planting has been in Kent, Sussex and Hampshire, new vines have also been planted in Gloucestershire, Northamptonshire, Devon, Somerset, Suffolk, Norfolk, Essex and Wales.

“This impressive figure of 3m vines represents another milestone in the growth of our fantastic industry,” said Simon Robinson, chairman of WineGB.

“Last year we set out our vision for the next 20 years. At the rate of current growth, we could be producing some 40 million bottles per year.

“We’re certainly heading towards that. This is a thriving British industry.”

WineGB estimates there are more than 500 commercial vineyards and 165 wineries in the UK today, with the bulk of production being sparkling wines.

Last year a record-breaking 15.6 million bottles of wine were produced, 130% higher than the previous year’s crop in 2017 and far exceeding the previous record of 6.3m bottles in 2014.