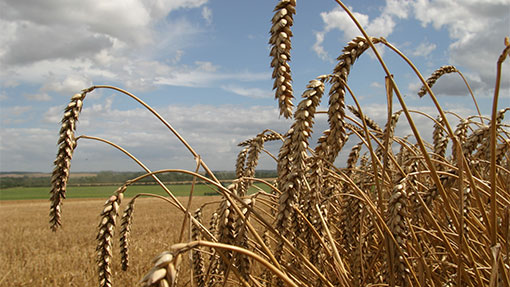 UK wheat prices jumped by £5 to £6/t on Monday (3 March) as a result of political uncertainty in Ukraine.

Spot feed wheat prices firmed slightly more than new-crop prices on fears that Ukraine may not meet all of its export commitments for the current season, although grain shipments were continuing to move out of the country.

Ukraine is estimated to have several million tonnes of wheat and 3-4m tonnes of maize to ship before the new cereal year starts on 1 July, said David Woodland of Gleadell.

Prices dipped slightly as markets opened this morning, but feed wheat for immediate delivery cost from £150-173/t ex-farm depending on region, with the top price in Scotland.

Adding to the volatility is speculation about the amount of uncommitted old-crop wheat left in the UK. While production was down, use is down too, with price-competitive maize and barley being substituted for wheat.

With new-crop prices at £140-147/t ex-farm for harvest, the old-crop market was at a big premium to new crop, said Mark Smith of Saxon Agriculture.

Helped by additional interest from funds, the US wheat futures market rose more than European markets, rising by about £10/t at the end of last week. If it held and built on those gains, then European markets would see further price rises, he said.

US corn and wheat exports are also high, while there are fears for some US crops in cold weather and where there is relatively poor snow cover. Temperatures should go up a little by the end of the week, but remain below normal for the season for the next 15 days according to meteorologists.

At United Oilseeds, traders said the current situation could be seen as an opportunity for growers to set a target price and sell into it, but warned it could end as quickly as it started.

Although politics has taken over as the main influence on wheat prices, the weather is still pushing up oilseeds prices as a result of both hot and dry conditions in some soya bean-producing areas and rainfall and humidity in others.