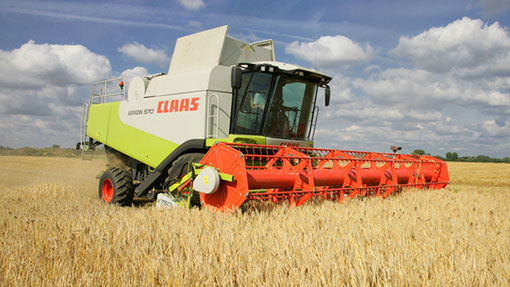 UK wheat production shot up by 39% this year to 16.6m tonnes, according to Defra’s provisional survey.

The provisional wheat production figure for the 2014 harvest, published by Defra on Friday (10 October), showed a massive recovery from the prolonged wet weather and difficult planting conditions in 2013.

If the figures were confirmed, it would make 2014 the largest crop since 2008, when 17.2m tonnes of wheat were produced in this country.

Last year’s wheat crop produced just 11.9m tonnes – the lowest in a decade after the wet autumn of 2012 wreaked havoc on planting conditions.

Meanwhile, Defra estimated barley yields for the UK dropped by 1% year-on-year to 7m tonnes in 2014, which, besides last year’s result, was the highest since 1997.

Results for oilseed rape and other cereals will be published on Thursday (16 October).

Earlier this week, the NFU published results of its annual harvest survey, which put average wheat yields at a record 8.6t/ha – 16% higher than in 2013.

However, the union said low prices would take the shine off record yields.

NFU vice-president Guy Smith said: “The irony is many of us will be worse off than we were following the harvest ‘disaster’ of 2012, when wheat was worth £200/t.”

The spot market price for feed wheat was worth £106.90/t ex-farm on average this week.