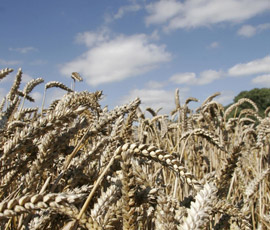 Strong rumours of a Ukrainian wheat export ban from mid November were a big factor in pushing prices up sharply at the end of last week.

Exports have been moving fast from Ukraine despite its wheat harvest falling by a third compared with last year and its government is keen to keep domestic prices under control. Whether a formal ban is implemented or not, analysts say there is a clear commitment from the government to limit wheat exports to 5m tonnes, with almost 4m tonnes expected to have moved by the end of this month.

Also behind the rise are the growing number of forecasts confirming the poor results of the 2012 European harvest and concerns about crops elsewhere around the world. Analysts Strategie Grains’ latest figure estimates the European maize crop will fall 20% compared with 2011.

Given tight world stocks of maize, this is likely to put further upward pressure on European wheat prices. Drought elsewhere continues to cause concern, with the latest figures predicting the Australian wheat harvest falling by 27% to 21.4m tonnes.

Keep up with the latest market prices and trends