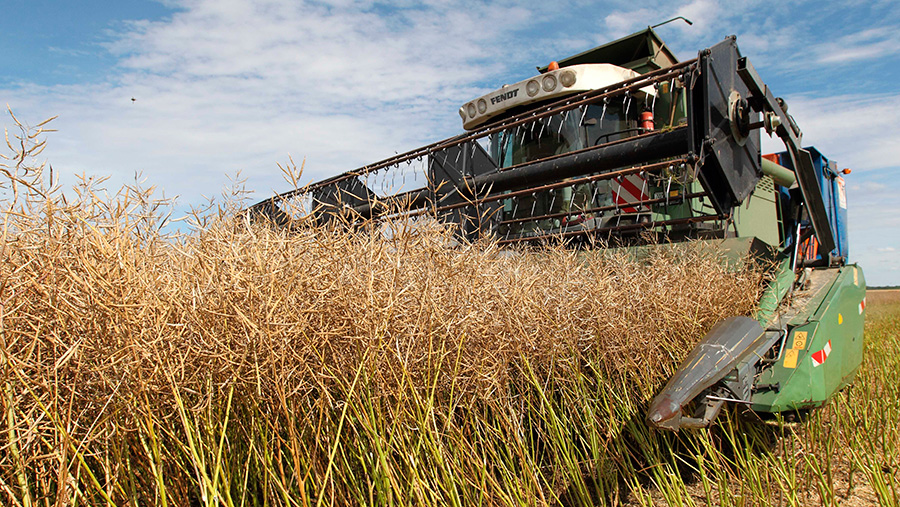 EU plans to remove some trade barriers to Ukraine grain exports could intensify competition for UK growers, even though this might be marginal, say analysts.

Under the proposals unveiled this week, Ukraine – one of the world’s biggest grain producers – will be allowed to export an addition 1.1m tonnes of feed grain into the EU without having to pay expensive trade tariffs, according to Agra-Europe Presse.

This is in addition to the tariff-free quotas covering 1.6m tonnes of grain Ukraine was granted under the EU-Ukraine Association Agreement, which took effect on 1 January this year and which have already increased Ukrainian exports to the EU by 5%.

Including the changes made since the beginning of the year, the plans would allow 1.05m tonnes of feed wheat, 1.05m tonnes of maize and 600,000t of barley to enter the EU without incurring trade tariff charges.

“This is likely to have a negative impact on EU prices and could erode part of the supportive environment coming from the sterling weakness,” said Mr Bodart.

“However, we also have to bear in mind that the variability of the weather in the Black Sea, generally colder winters than western Europe which can lead to winterkill and frosts, provide a higher probability of crop failures and hence the new trade agreement would have a limited impact.”

Marginal impacts, but still an impact

Jack Watts, lead analyst at AHDB Cereals and Oilseeds, agreed further tariff-free access for Ukraine into the EU would likely lead to increased competition, primarily in the feed grain markets.

“We have seen significant volumes of Ukrainian maize coming into the UK on recent years, competing with domestically produced grain for feed, ethanol and distilling demand,” said Mr Watts.

“The EU commission forecasts the EU will import 14m tonnes of maize from third countries in 2016-17. Arguably, Ukrainian tariff-rate-quota is small in comparison.

“However, the marginal impacts of more Ukrainian maize imports will [mean] more competition in the EU feed grain market.”

Total maize imports into the UK were 1.8m tonnes.

France is the main origin of UK maize imports with nearly 700,000t coming in the year to June 2016

If approved by the European Parliament and Council, the trade measures would apply for three years.

The provision of some tariff free access for Ukraine is part of the EU/Ukraine Association agreement – partly to show some solidarity following the Russian annexation of Crimea.