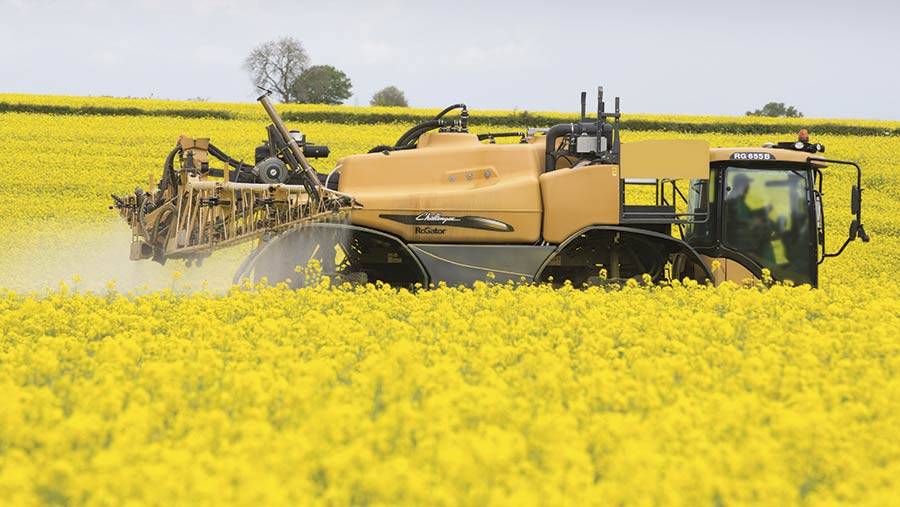 The UK’s first new oilseed crushing plant in decades could cut delivery costs for nearby farmers when it opens in the autumn.

The plant, which is expected to start running later this year, will crush 100,000t of seed a year.

RCMA has said it will process only UK-grown rapeseed, and produce high-quality, fully traceable edible oil and animal feed.

See also: Too many varieties hold back national OSR yield

Camgrain, which has the leasehold on the site, will invest in machinery and share running costs for moving seed from its stores to the crusher.

For the first year, all the seed will be exclusively sourced from Frontier Agriculture, Camgrain’s marketing partner, RCMA confirmed to Farmers Weekly.

Camgrain managing director Philip Darke said the new facility would help co-op members, who would not have to pay to ship stored grain to a plant further afield.

He said this principle, of bringing processors nearer stores, was being applied across the crops Camgrain handled.

“We want to work closer with our customers to make them more efficient,” Mr Darke said. “When our members are delivering their crops to Camgrain, they are delivering to the market. They do not have to move it again.”

The site’s location is unusual, inland and more than 100 miles from the existing large crushing sites on the coast in Kent and Liverpool.

RCMA Stratford’s capacity will be equivalent to just 5% of UK rapeseed production, according to levy board AHDB. This is based on the national crop improving from 1.8m tonnes in a difficult 2016.

But the plant could particularly help farmers in the immediate region, AHDB Cereals & Oilseeds lead analyst Jack Watts said. The West Midlands was becoming a more important rapeseed area, as growers in the East had been hit by flea beetle and dry autumns in the past few years.

“It will be perhaps more of a localised impact [for the farm price] than a national impact,” Mr Watts said.

“Farmers able to sell into [the new plant] may be able to benefit from a reduced haulage cost to the marketplace. And that marketplace is fairly committed to home-grown oilseed rape. It is away from other demand competition and is in the middle of quite a big supply area.”

The site would be the first new crushing facility built in the UK since the 1980s, several sources said.

It will also include a biomass combined heat and power plant, which will power the factory.

“This is a milestone in UK oilseed processing,” said RCMA Group chairman Doug King. “We have commissioned a highly sustainable approach to processing, reflecting our commitment to a more environmentally friendly decision.”