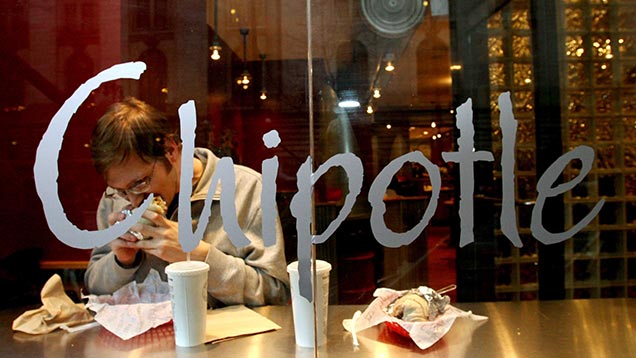 UK pork producer and processor Karro Food Group has clinched a deal with US chain Chipotle after the fast-food giant said 95% of American pork production failed to meet its welfare standards.

Chipotle, which serves Mexican fast-food, is growing rapidly and snapping at the heels of McDonald’s, with a brand based on high-welfare, natural ingredients.

But in January it suspended one of its main pork suppliers because of low welfare standards and said it was forced to look outside the US for higher welfare.

Karro, based in Brydock, Aberdeenshire, and Malton, North Yorkshire, has already started to supply Chipotle’s Florida restaurants and is expected to fully supply the chain by the end of the year.

Why higher welfare clinched the deal

A spokesperson from Chipotle said: “While it has always been our preference to source meat domestically, the quality of pork that meets our standards is simply not available right now from domestic suppliers as more than 95% of the pork raised in the US, by our estimates, does not meet our standards.

“The pork we are getting from Karro meets or exceeds all our standards, including that their pork comes from pigs raised on pastures and deeply bedded barns.”

The fact the UK does not use antibiotics to promote growth, as is common in the US, was also an attraction, said Chipotle.

A spokesman for Karro Food Group said: “The agreement is to supply the raw material for [Chipotle’s] pork products – one of the key ingredients on the Chipotle menu.

“Due to the location and welfare credentials of Karro’s integrated farms in Brydock, Karro has been able to offer the required higher welfare standard.

“Karro is delighted to be working in partnership with such a high-quality US business and, like Karro, one that takes animal welfare so seriously.

Karro Food Group declined to comment further on the deal or whether it would be looking for more pork producers to supply the deal.

Chipotle opened with one restaurant in 1993 but now operates more than 1,800 restaurants, including 17 outside the US.

It claims to be the only large fast-food chain in the US to offer a full non-GM menu and said that more research is needed on the long-term health implications of GM food.

It has 10,500 outdoor sows of its own at its Brydock Farms site in Aberdeenshire, and produces 4,500 high-welfare pigs a week.

It also works with other farmers, who supply it with indoor- and outdoor-bred pork, outdoor reared, Freedom Foods and free-range pork.