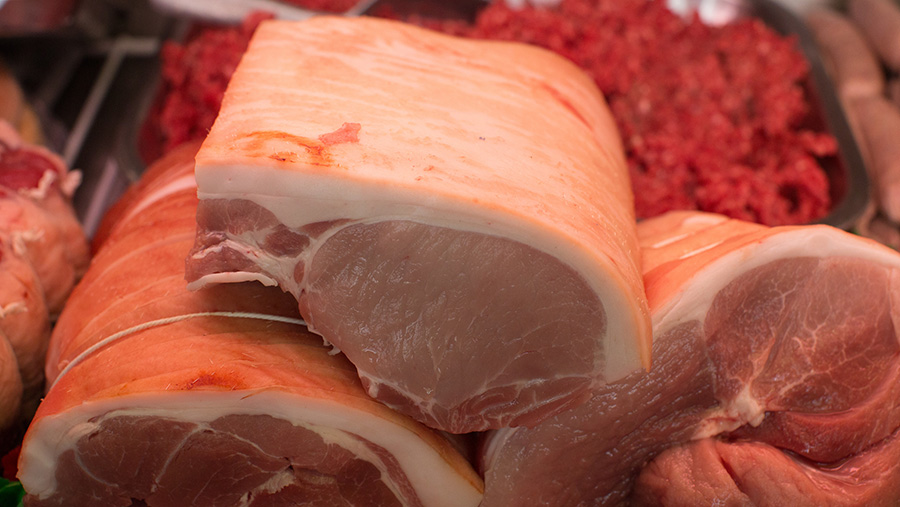 The amount of British pork on shelves in UK supermarkets has fallen in 2017, according to a survey by the AHDB.

The undercover survey, carried out every two months by the AHDB and research group ESA Retail, indicates how much shelf-space or facings retailers devote to pork from British farms.

In the four bi-monthly surveys conducted in 2017 so far, British pork averaged 79% of the total market, two percentage points less than the average for the same period in 2016.

But one supermarket was far lower. In Asda, the percentage of British pork fell by 10 points compared with the January-July surveys a year earlier, averaging just 44%.

In contrast Lidl increased the amount of British pork by five percentage points over the same period to average 99% of facings.

The AHDB said the decline was probably due to a reduction in UK pig production, causing supermarkets to increase their reliance on imported products.

The fall in pork was mirrored in other product areas such as British bacon which, at 45% of facings, was also two percentage points lower than in the first four surveys of 2016.

The AHDB said the decline was driven by falling percentage points from Asda (-5), Morrisons (-7) and Tesco (-4).

Other retailers bucked this trend and posted increases in their percentage of British bacon facings. The Co-op reported an increase of 12% year-on-year, after pledging in May to sell only British fresh meat.

Most other supermarkets reported stable or increasing facings of British sausages, with only Aldi and Morrisons being the exceptions, posting small declines of one percentage point.