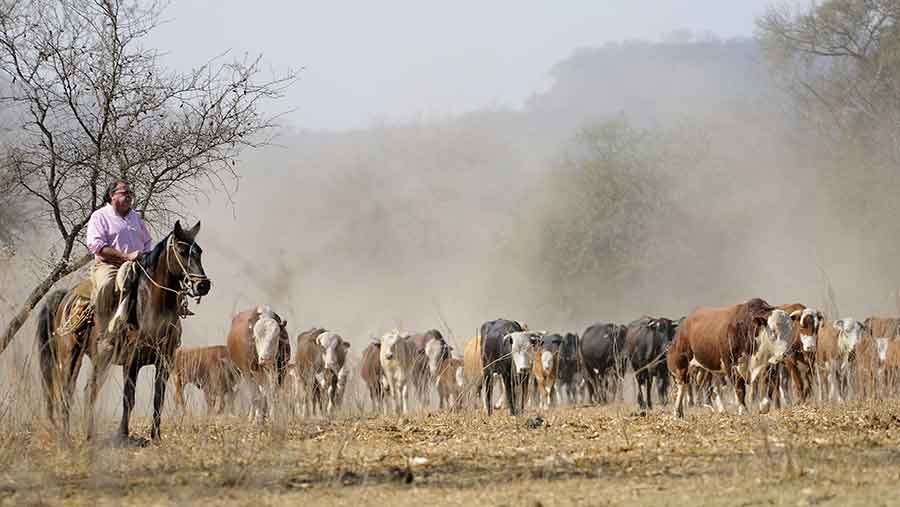 A move by the US Department of Agriculture (USDA) to ban imports of fresh Brazilian beef has added weight to calls to remove agriculture from a free trade agreement between the EU and countries in the Mercosur trading-bloc.

Earlier this month farming trade bodies called for its removal from negotiations following revelations of widespread corruption and fraud in the Brazilian beef sector.

The USDA halted imports last week after 860t of Brazilian beef destined for the US were rejected by food safety inspectors in just three months because of concerns over public safety and animal health issues.

Farm lobby groups have long questioned the ability of the Mercosur countries – Brazil, Argentina, Paraguay, Venezuela and Uruguay – to meet EU standards on traceability, animal health and welfare, use of hormones, and environmental controls.

More recently they have pointed to the “Weak Flesh Scandal” which is thought to have resulted in rotten beef and poultry being sold to the export market.

Farm leaders have now called for the EU to follow the US’ example and place an immediate ban on Brazilian imports of beef.

Ulster Farming Union (UFU) president Barclay Bell said: “If the US believes that is appropriate, the commission must explain why it is adopting a more forgiving stance towards the widespread flouting of global trading rules by Brazil.”

EU Commission veterinary officials have recently visited Brazil and are understood to have suggested how the problems they found can be resolved.

But both the UFU and the Irish Farmer’s Association (IFA) have demanded the reports made by the commission are published immediately, and called on MEPs to press for their release.

IFA National Livestock chairman Angus Woods said: “Irish and European farmers will be rightly questioning how EU negotiators can continue to engage with the Mercosur countries given this decision by the USDA.”

UFU president Barclay Bell agreed: “It is wrong that the European Commission is pressing ahead with attempts to secure a free trade deal with the Mercosur countries of South America, when there is such a big question mark over the fitness of one of the key players to export food.”