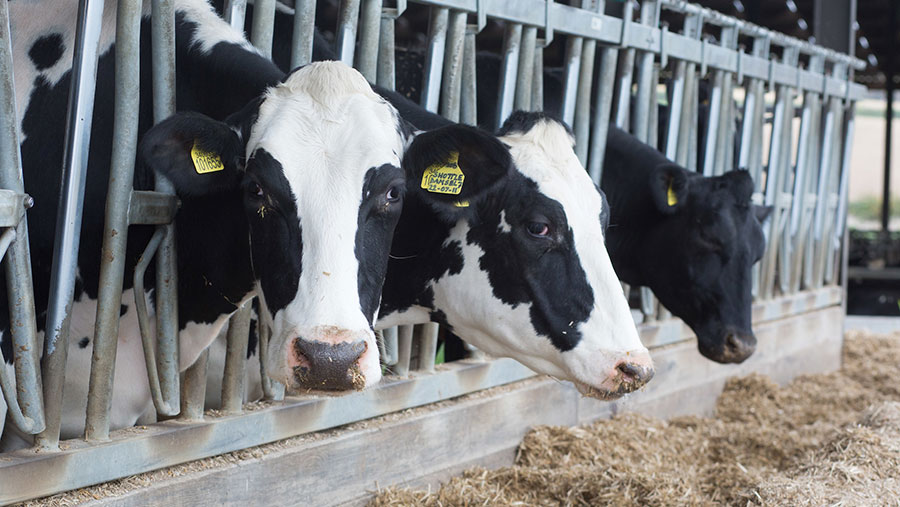 Dairy farmers who are celebrating improved profits from the past 12 months need to prepare for rising costs by paying down debt or investing in efficiency measures.

That’s the message from agricultural consultant Promar, which warns that rising input costs in the next six months are likely to eat into profit margins.

Figures released this week show higher milk prices during the last financial year pushed up profits to an average of £125,000 for the farmers costed by Promar, up from an average of £43,000 the previous year.

The figures are drawn from a sample of more than 200 dairy farmers spread across Britain with an average herd size of 203 cows and an average yield a cow of 8,281 litres.

Producers will also be cheered by the forecast that no significant deviations in the milk price are expected for at least the first half of the financial year.

But Nigel Davies, national consultancy manager with Promar, said farmers should make sure they are using the money to improve their business’ resilience to combat rising production costs and static milk prices.

He said farmers should analyse their books to have a firm understanding of where the additional income coming into their business is being deployed, and investments that either cut costs or improve output should be top of the list for spending.

Additional pressure from inflation, variable costs and other overheads has also added £10,700 to the cost of production for these herds in the same period.

Four things dairy businesses need to do with their higher profits

While farmers are price takers on many inputs, Tim Harper, senior consultant at Promar, said they can maximise the value of feed by careful monitoring of cow performance, particularly during diet transition.

This means not just testing the quality of feedstuffs, such as silage, but also monitoring how cows are performing on it, particularly lower-yielding animals, which can get less attention than higher-yielding cattle.

A focus on paying down debt with any available cash is also recommended in order to prepare for tighter times ahead.

Promar figures reveal the average farmer in its sample has debts of £2,483 a cow, which would equate to 2.5p/litre if paid off over 15 years at 3% interest.

Other farmers have debts of up to £5,000 a cow, which would equate to 5p/litre on the same terms.

Dairy farmer Paul Tomkins, who milks 200 cows in the Vale of York, said he has been investing additional profits in improving calf housing and feed storage facilities in a bid to lower his cost of production.

Mr Tomkins said one of the primary goals of the business is to reduce reliance on purchased feed.
“I definitely have more control over my costs than I do my income, where I am definitely a price taker. That’s why I focus on reducing my costs,” he said.

With input costs already edging up, he said his buying group’s advice is to start buying required inputs forward now.