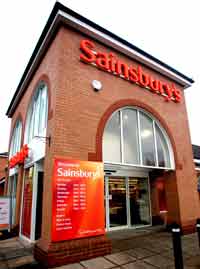 Sainsbury’s increased its underlying pre-tax profit by 11.3% to £543m in the last financial year, preliminary results have revealed.

The strong performance came despite consumers becoming more “savvy” and tightening their household budgets, chief executive Justin King said. The supermarket responded by expanding the range of products it provides, with particular emphasis on its value “basics” range.

The entry level range was extended during the year and now comprises over 650 products. About 70% of Sainsbury’s customers buy “basics” products, helping to make it the company’s fastest growing sub-brand over the year. In the final quarter of the year sales were up over 60% year-on-year.

But despite consumers wanting lower prices, they had not compromised on quality and values, and still wanted to buy British, he said.

For example, Sainsbury’s converted a number of own-brand ranges, such as sandwiches and chilled meals, to 100% British during the year and also introduced a range of higher-welfare meat, fish and poultry products.