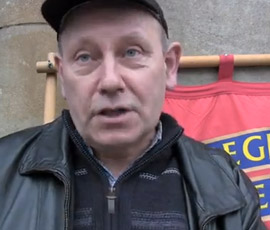 Farmworkers staged a protest outside the Oxford Farming Conference against the government’s decision to axe the Agricultural Wages Board in England and Wales.

Wages board to be scrapped from October 2013

Add your views to our forum – Agricultural Wages Board – yay or nay?