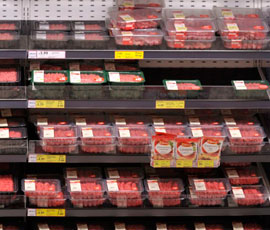 Britain’s biggest retailer has made a number of pledges in the wake of the scandal which saw beef products contaminated with horse meat.

Mr Grace presented a progress report to an NFU Council meeting on Tuesday (23 April). The retail giant was determined to build better relationships with farmers, he said.

Tesco was undertaking a review of its supply chain and how it works to increase transparency and reduce complexity, said Mr Grace.