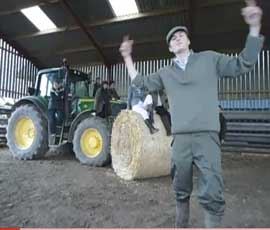 Yeovil Young Farmers have filmed their own version of the Yeo Valley rap advert which was an internet sensation last year.

About 20 members of the Somerset club were involved in the two-minute, tongue-in-cheek clip.

Filmed on local farms, it features the Yeo-vil Boyz and Girlz dancing and performing as they mime to the original soundtrack made by the West Country organic dairy company.

• Watch a behind-the-scenes video from the original Yeo Valley advert.