A rural community in East Anglia has switched on hyperfast broadband for the first time, after it funded and helped build its own 1Gbps, full-fibre network connection.

Volunteers and financiers in Scole, Norfolk, joined forces with charity Broadband for the Rural North (B4RN) last summer because the internet connection in the village was too slow.

B4RN has set up 1Gbps links in Lancashire, Cumbria and Yorkshire and agreed to set up B4RNorfolk to oversee the project.

Together Scole villagers raised the £220,000 needed to cover the costs, and construction work began in December 2017.

Working alongside the B4RN engineers, a team of 15 volunteers helped dig more than 2.5km of trench and laid 7km of duct to take the fibre cables. 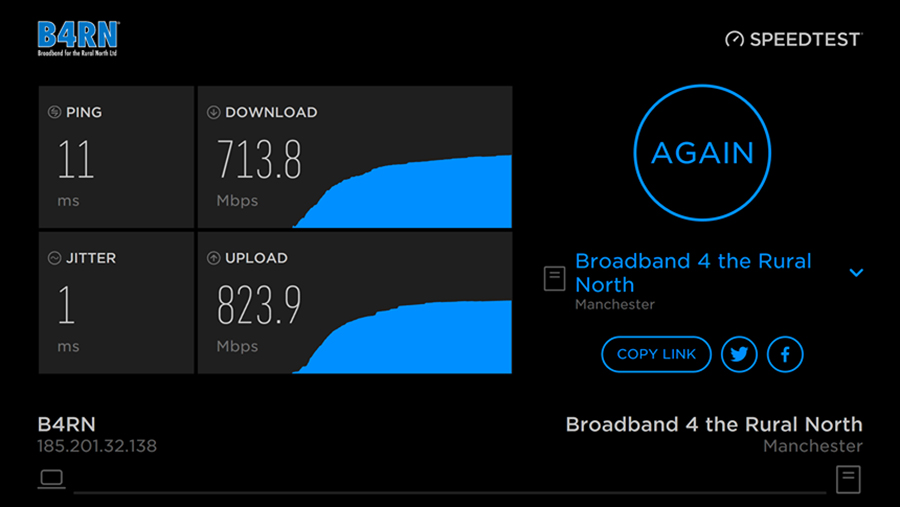 B4RN regional manager Michael Davey explained that using a volunteer force allows the construction work to go ahead because it would otherwise be prohibitively expensive.

Mr Davey, who is also a volunteer, said this labour force carries out most of the work to dig trenches and lay cables across fields and under roads to connect to B4RN’s core network.

“We are fortunate to have very strong support from the farmers and landowners and we route the trenches along an agreed path – they know the lie of the land and the best routes to take. 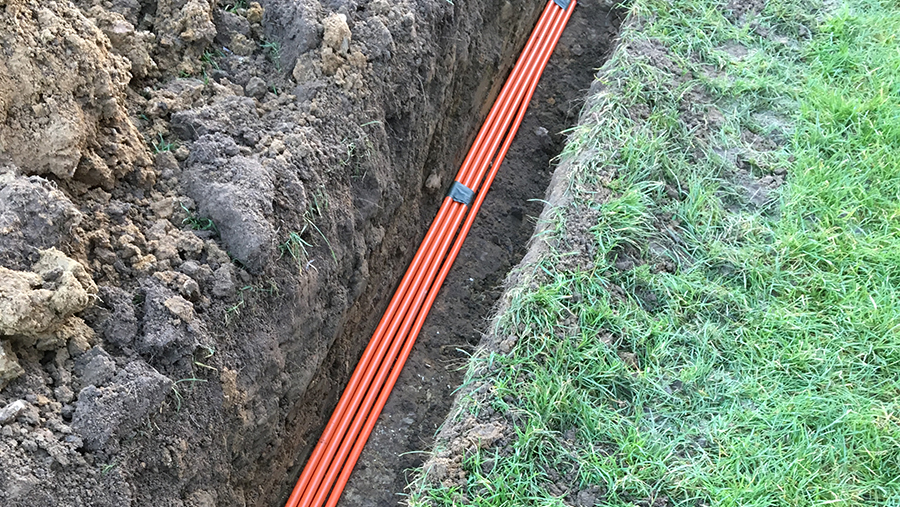 “Most routes are around the edges of fields and we use 16mm HDPE microduct – smaller than the blue MDPE duct that farmers typically use for irrigation,” Mr Davey said.

“It is usually installed by mole plough where possible, to a depth of 600mm – but can be buried deeper if the landowner requires. Depending on depth and other services, we may use a trencher or mini digger for more difficult parts of the route,” he explained. 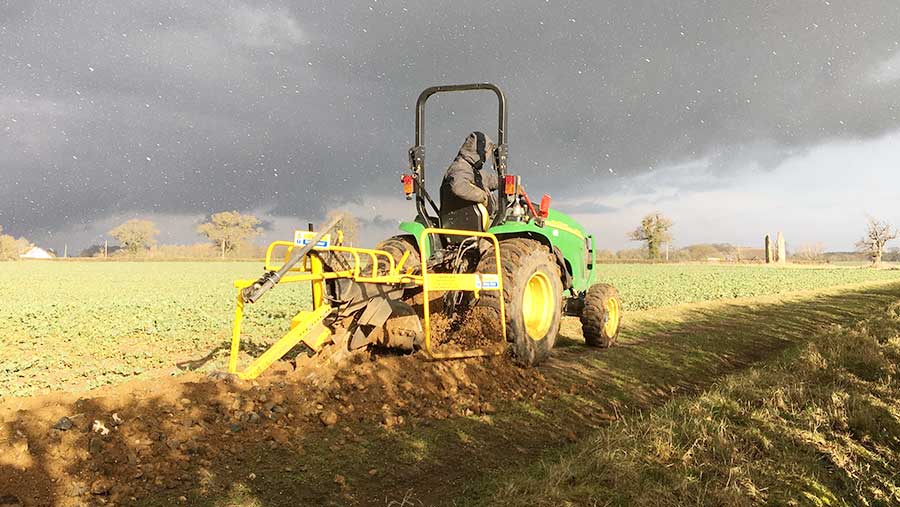 Mr Davey added that builds didn’t have to be linear.

“We can install in different fields at different times of the year to take account of crops or livestock movements, and simply join the sections together with compression fittings where they meet.”

Landowners have first refusal to undertake the works themselves, for which they can earn shares in B4RN.

“It is quite profitable work for the landowners. But they may want to use a friendly local farmer or B4RN-approved contractors to undertake the works,” Mr Davey said. 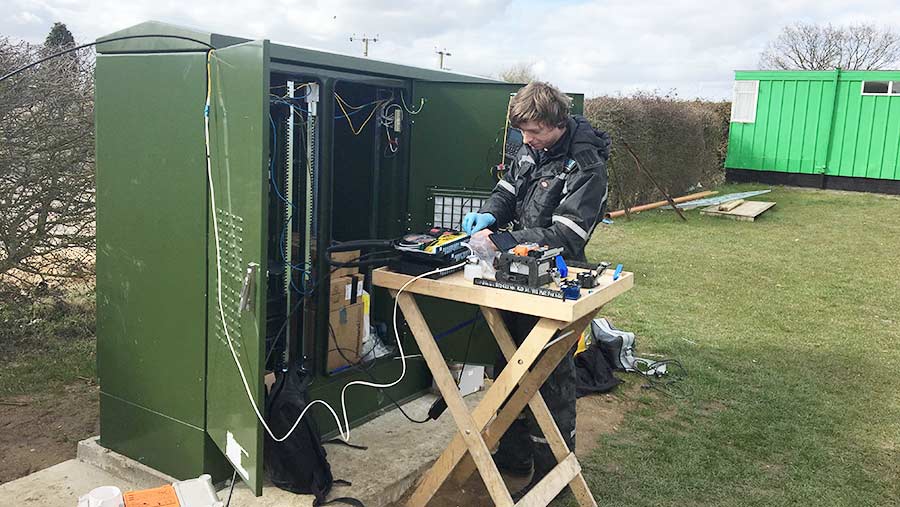 In most communities, there are some people with time but no money (volunteers) and some with money but no time (investors), he added.

“Each community has its own funding target to raise for its build-out because there are so many variables between projects,” Mr Davey said.

There is no figure per household for the Scole project but it provides a service for up to 150 households and needed residents to invest £220,000 for a minimum of three years ahead of the work starting, he said.

If the investor is a UK taxpayer in this or the past tax year, they will usually be eligible for a 20% tax rebate through HMRC’s Enterprise Investment Scheme.

The three-year investment period provides time for the construction work to be completed and residents to be connected.

Any residents taking the service then pay a one-off connection fee of £150 and £30/month thereafter.

This subscription then creates a pot of money from which the original investors can be paid back at the end of the three years.

The 3,000-acre Thelveton Estate, near Diss, is set to benefit from Scole’s broadband venture. It is currently struggling with broadband speeds of 1Mbps.

The estate also has 80 properties, including 60 lets. “Tenants expect broadband like they expect electricity and running water – it is that vital.”

The aim now is to get hyperfast 1Gbps broadband across the entire estate by September. It is in phase 2 of the B4RNorfolk initiative.

“We will invest about £85,000 in the form of a loan to cover costs of B4RN’s engineers and the equipment, including fibre-optic cable, ducting and inspection covers.

“And we will supply labour if we can but the work will take place in the summer – and our farm workload is huge during that time.”

Cables will be buried below sub-soiler depths around field edges to protect them and reduce disruption.