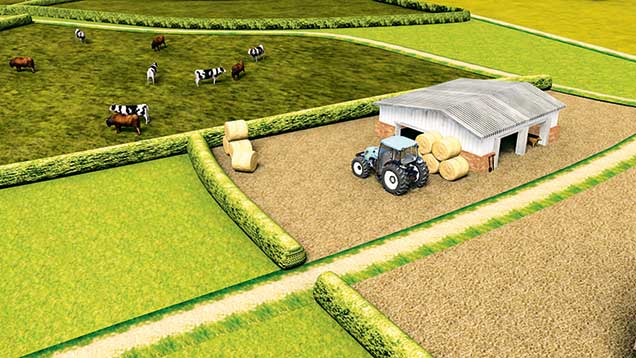 Feed wheat is in the budget at £130/t and the recent price increase has given the chance to sell 10% of the wheat for £140/t for April 2016, says head of agribusiness Andrew Wraith.

With prices offering about £1/month to carry grain, forward selling currently outweighs the cost of storing the grain so is worth considering unless the cashflow is needed, he says.

The farm’s 135hp tractor is due for replacement in 2015 but this is being kept under review.

“Overall machinery inflation and cost of replacement certainly continues to feel as though it is moving well ahead of other costs.

“If your budget does show pinch points in cashflow, it’s best to talk to the bank in advance.”

Lower crop prices are the primary reason for less attractive budgets for 2015 but some savings have been made on nitrogen with early purchases of UK manufactured ammonium nitrate at £245/t, which is down on last year. Further tonnage was booked a few weeks later at £255/t.

Judicious use of phosphate and potash will be a feature this year, says Mr Wraith, with a maintenance approach making the most of what’s there.

A 30% rent increase on the farm’s 200ha farm business tenancy will have a significant impact on profitability for the 2015 harvest.

The 15-year tenancy covers 25% of the holding and the increase of £98/ha takes the new rent to £407/ha, a figure which Mr Wraith says reflects the level for settled (reviewed) rents of this type rather than new tenders. “It’s unwelcome but bearable,” he says.

Second wheats for the 2014 harvest cost £128/t to grow before rent and finance, compared with first wheats at £108/t.

The 2015 budget shows a bigger gap and variable costs accounting for 57% of production costs against 45% for first wheats.

The level of return from second wheats means the area has been reduced in favour of winter oats, with very careful selection of fields as spray options for blackgrass in oats are limited. The oats show a gross margin of £511/ha versus second wheat at £447/ha.

“We are trying an oats seed contract for 30% of production at £25/t over feed wheat. The rest will go into the milling market.” It’s important to have the feed wheat base price to reduce the oat price risk, says Mr Wraith.

The budgets also account for a drop in 2015 oilseed rape yield, to 3.45t/ha. This is 10% lower than the farm’s five-year average and takes in potential losses from flea beetle, although the farm has had limited damage.

The spring bean gross margin budget has reduced to £415/ha for 2015 from £613/ha in 2014 as a larger area is expected to put the human consumption premium under pressure. Bean seed costs have been contained by using some home-saved seed.

“Spray costs per hectare are slightly higher for 2015, as we continue to budget for robust programmes to battle grassweeds and fungicide programmes to optimise yields.”

Seed prices show a reduction as their base feed wheat price has fallen and the Virtual Farm is making some varietal switches to get the best mix of yield potential and disease profile characteristics, however the emphasis remains on feed type varieties.

Harvest 2014 delivered yields above budget and above the five-year average, with first wheats at 9.8t/ha and second wheats 8.5t/ha.

The overall pre-rent and finance farm profit is expected to be £394/ha against the January 2014 budget figure of £364/ha. These figures value any unsold crop from the 2014 harvest at current prices.

The higher yields were an important factor in the improvement on budget, however these were only achieved with a robust fungicide and nutrient programme, says Mr Wraith.

“While agchem spend was in line with budget, we had hoped to have the opportunity to make some savings. The widely reported increase in yields doesn’t appear to have been replicated everywhere, no doubt for a variety of reasons.

“Critical to success seemed to be timing of fungicide as crops came under severe disease pressure in late spring. The value of the capability to get over crops in good time came to the fore.”

The farm’s forward sales policy will achieve an average £140/t for feed wheat price against a budget of £150/t. The higher average yields meant that the overall percentage of wheat sold forward turned out to be a little lower than expected and the average sale price figure includes a valuation at current prices for the unsold portion.

The move to predominantly feed wheats to optimise yield means there has been limited opportunity to benefit from the £40/t or so premium in the full-spec Group 1 wheat market.

“Having previously deemed the premiums not being sufficient to justify Group 1 or 2 wheats in the programme, the difference on margin this year where quality has been achieved is substantial,” says Mr Wraith. However this has not persuaded him to change the policy from mainly feed wheats for 2015.

“With the harvest wheat price in some areas falling to near £100/t ex-farm, followed by falls in barley, oilseed rape and oats, this has certainly put the focus on what to do with unsold crop.

“The recent rally to prices in the £120s has brought us back into the market and at present over 75% of the crop is committed.

“The area we did not get right was oilseed rape, for which 25% is sold at £250 plus bonus, with price having recently dropped back.

“The budget drafted back in January 2014 was unambitious for oilseed rape which was in at £260-plus and we hoped for better but seem unlikely to achieve it at this point.”

Spring beans performed reasonably at 4t/ha and sold for £206/t, including human consumption premium, close to budget yield but marginally behind on price.

Drainage has been replaced on about 40ha of the Virtual Farm with the work carried out this autumn, prior to planting the 2015 crop.

This cost £100,000 and had originally been planned to take place last year.

The need for long-term investment in the land must be met – in some years, poor drainage can make the difference between getting a crop established or not.

Existing drainage schemes are being replaced and repaired so this will be charged against income this year and profits will be depressed as a result (see profit graph, left).

The farm also aims to maintain a reasonable machinery replacement policy, balancing reliability and repair costs against other machinery options such as hire or use of contractors for specific activities.

The 135hp tractor is budgeted for replacement this year but this is under review.