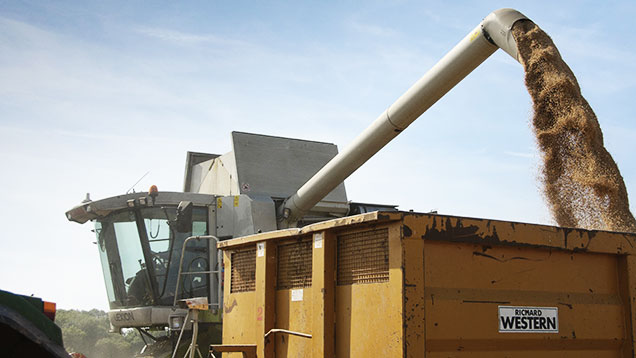 The undisputed farming buzzword of 2014 is volatility.

You can’t attend a conference or flick through the farming press without hearing how sharp ups and downs are here to stay so businesses better brace for it.

Almost all farming sectors have taken a hit to their incomes in the past 12 months, as production surged in Europe and the world.

But just how “brand new” is volatility? By tracing four prices over 20 years, it reminds us farmers have faced farmgate peaks and troughs forever. Are the current problems the worst we’ve ever seen?

After the abolition of the Milk Marketing Board in 1994, UK farmgate prices moved in one-year cycles. What mattered was the domestic market and seasonality of home production drove returns.

But there was a change from April 2007 as UK milk prices began to move in longer cycles, influenced by supply and demand around the world.

Cattle prices were fairly level until the world food price spikes of 2007-08, with steers staying between 160-200p/kg.

But after the all-time high following the 2013 horsemeat scandal, prices slid back substantially – dropping 70p/kg in just over 12 months.

The long-term outlook is for tighter supplies with a firmer market next year, so it’s hard to say if the post-2007 rockiness is a new norm or if prices are settling at a higher level.

Prices slid almost 80p/kg between May and September this year as a good lamb crop and excellent grass growth made the seasonal trend sharper and faster.

But, looking back, such movements are hardly unheard of.

Prices have always moved depending on success or failure of the harvests here and around the world but some peaks stand out.

More than any other sector, trade in cereals is directly connected to global trade and major events overseas have a dramatic impact.