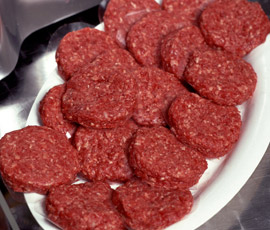 The government failed to spot the developing horsemeat scandal because of cutbacks and confusion over responsibility for food policy, a parliamentary financial watchdog has said.

The National Audit Office said that no testing had been carried out for specific horsemeat contamination of food products since 2003 because of budget cuts.

Other cuts in food testing meant that just 29 public analysts remained out of 40, and four out of 13 labs had closed since 2011.

The NAO said the reduction had led to a fragmented approach to intelligence gathering, with information stored on no fewer than 12 different databases. And it said that meant “the government failed to identify the possibility of adulteration of beef products with horsemeat despite indications of heightened risk”.

The watchdog blamed the lack of joined-up thinking on the coalition government’s drive to cut back on the number of non-government agencies shortly after it came to power in 2010. The so-called “bonfire of the quangos” stripped the Food Standards Agency of its overall responsibility for food policy. It then divvied-up the areas of control between the Department of Health, the FSA and DEFRA.

DEFRA now checks that food meets the label description, the DoH is focused on nutrition and the FSA is in charge of food safety. But the spread of responsibilities led to “confusion” when the horsemeat crisis emerged, the report said.

The report suggests the confusion is ongoing and recommends bringing food policy back under a single department’s or agency’s control.

The NAO inquiry also revealed that while cutbacks were being made there had been a dramatic increase in food fraud, with one in six products failing tests for the presence of undeclared species in 2012.

Testing was increased as the horsemeat scandal began on 15 January this year.

During the crisis, tests on 24,480 samples found horsemeat in 47 products, while testing by local authorities of 514 products labelled as containing beef as a major ingredient revealed two containing horse DNA and four with traces of pig DNA.

No one has been prosecuted in the UK under the Fraud Act.

More on the horsemeat scandal and timeline of events