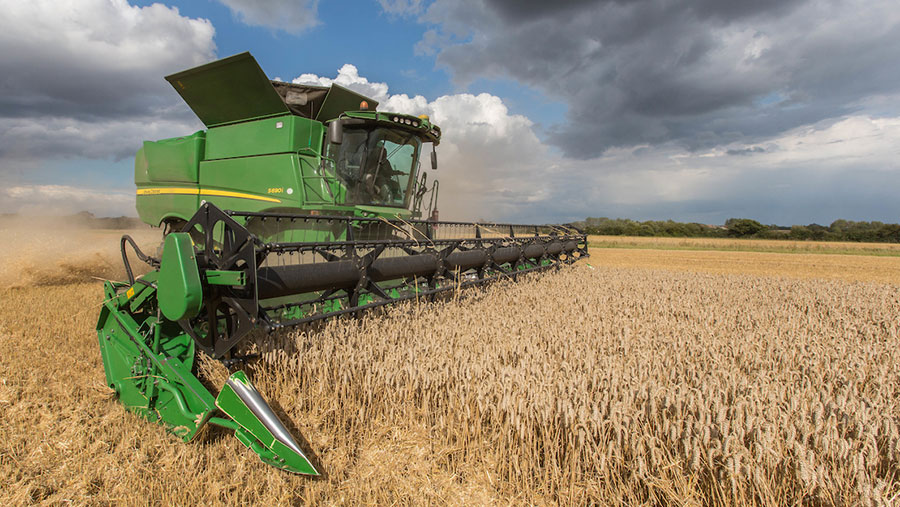 New crop feed wheat prices fell by £2/t to £3/t in the week to Friday (28 July), with European markets generally losing ground as the euro strengthened.

Full spec milling premiums ranged from about £8/t to £12/t, depending on the region.

However, Black Sea supplies are increasing, and the aggressiveness of Russia and Ukraine on export markets will dictate where EU markets go.

A further factor has been slightly better weather forecasts for the main US grain states, although there is still concern for corn and wheat yields.

There are quality problems in North America, where protein premiums are on the rise. Quality questions are also being raised in Germany, Poland and Australia.

For those with old crops still in store, a short-term weather premium developed in some areas this week as rain stalled combines.

“Traders were expecting an early harvest in these areas, so the reality has created a short-term weather market for those growers fortunate to have old crop supplies left,” said Gleadell managing director David Sheppard.

Some early barley export boats have left the UK for Ireland and with drought expected to push Spain’s barley crop down to an estimated 5.6m tonnes this year (the smallest since 2005), imports are likely to rise and hopefully provide a home for more of the UK barley crop.

The UK has historically been a large supplier of barley to Spain, accounting for 28% on average of Spanish barley imports between 2011-12 and 2015-16, said AHDB.

Oilseed rape values for August were from £293/t to £314/t ex-farm, with EU yields generally proving better than expected.