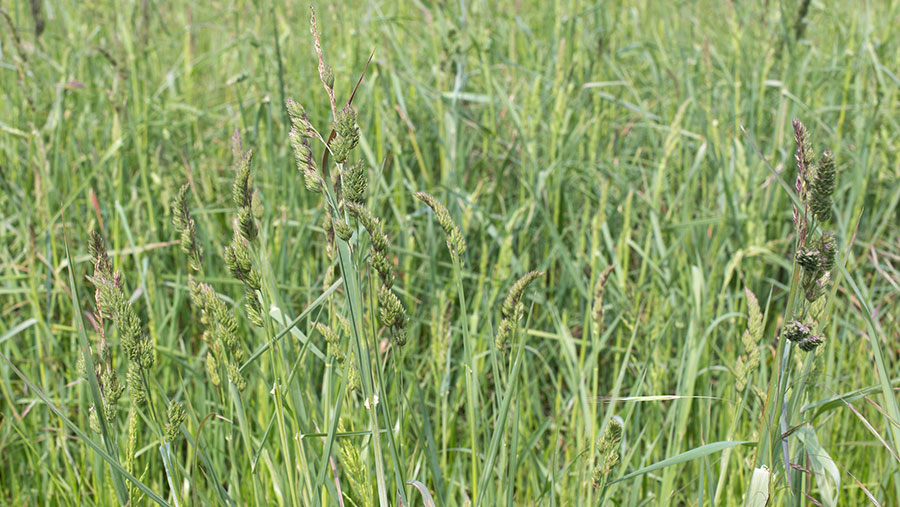 Auctioneers are reporting stronger demand for grass keep this year causing prices to edge up at auction.

However, farmers striking deals by private treaty are tending to agree them at rates broadly similar to last year.

Andrew Luxton, partner in the Honiton office of Stags, said demand had increased over the past month which meant grass sold at its sale on 13 April went for about £20/acre more than it did in 2017.

“We don’t sell a lot by auction, but there was generally more demand driven by the weather and the lack of grass,” he said.

“Demand has increased over the past five weeks because of the late spring and people wanting some grass keep as insurance policy.”

Mr Luxton said keep, which had been put up for tender, was also generally up in price, however keep being sold by private treaty was more likely to be at the same level as last year.

South Devon-based Rendells of Chagford said its annual auction of grass keep saw prices rise by about 5% on the previous year.

It attracted an entry of 205 acres split into eight lots which achieved an average of £122/acre, with a top of £176/acre.

John Williams, associate in the Wrington office of DJ&P Newland Rennie in North Somerset, said the firm’s auction results were also up on last year when everyone had plenty of grass.

At its sale of 96 acres, held at the end of March, the firm had sold 11 lots which made an average of £106/acre, compared to an average of £84/acre the previous year.

Tom Selby of Cheshire-based Rostons said most of their grass keep was handled by private treaty on a rolling basis and that was selling for similar prices to last year.

The prices being paid ranged from £80/acre to £200/acre, depending on quality and location, with the higher prices being paid for ground next to larger dairy holdings where they would hope to take multiple silage cuts.

“We haven’t seen any real increases, in fact milk prices have had an impact on some of our agreements where the landlord has had an appreciation of the impact of lower milk prices.”

Glyn Owens, partner and chairman from the Knighton office of McCartneys, said there was certainly more demand this year, but prices were broadly similar to last year with grass lets selling for £80- £150/acre by private treaty or tender.

“Prices are very similar to last year, but there’s certainly more demand coming now because of the long winter.”

Meanwhile, an opportunity for graziers to apply for 2,000 acres of grass keep at a nominal fee has risen at Llangynog in Powys.

The land, which includes open hill, lower fields and two hay meadows, will not be available until the autumn and is managed under Glastir Advanced, so certain conditions will apply including minimum and maximum stocking densities.

Other conditions include not turning cattle out onto the land before 1 April 2019 and removing all cattle from the land by 29 September 2019.

“It is very rare for so many acres to become available as grass keep for such a small fee. I am sure this offer will attract many graziers.”