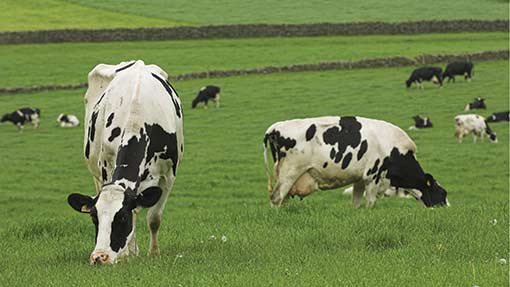 Income from milk production is forecast to rise by 88% on Welsh dairy farms this year.

It was released together with a report that shows total income from Welsh farming rose by 13% last year and the agricultural sector generated a total income of £172.4m in 2012-13.

There was a particularly large increase in the value of output from milk and milk products. These rose by 21%, due mainly to the higher milk price, but also because of greater volumes of milk being produced in Wales.

“You only have to look at the population growth figures to see that there is only one way that demand for milk and dairy products will go and that is up.”
Matthew Jackson, dairy farmer

For new entrants, such as north Wales dairy farmer Matthew Jackson, the news was welcome but not surprising. “You only have to look at the population growth figures to see that there is only one way that demand for milk and dairy products will go and that is up,” he said.

“In Wales we have an excellent climate for growing grass which means we can produce more milk with greater numbers of cows from the cheapest source of feed – that is what is driving profitability.”

Despite having no family background in farming, Mr Jackson is now share-farming near Pwllheli, running 427 New Zealand Friesian crossbred cows and youngstock.

“I don’t think you need a huge amount of finance to get started. From a wage and a small piece of land you can achieve a lot if you work hard from the start. It’s about having goals, setting targets and putting a strategic plan in place,” he said.

The Welsh government report for 2012-13 showed cattle farmers also fared well, with a 12% rise in the value of output.