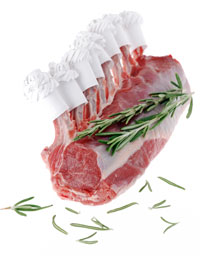 Barbados has become the latest country to start importing Welsh lamb, less than a week after China was added to the list of the meat’s potential export destinations.

Welsh red meat promotion agency, Hybu Cig Cymru, which welcomed a delegation from the Chinese embassy to the Royal Welsh Show, said it had secured orders from the Caribbean island.

“Welsh lamb is already available in some of the most exclusive restaurants in the world, and now we can add Barbados to that list,” said Emma Fotheringham, Hybu Cig Cymru market development executive.

Barbados joins Hong Kong, Dubai and Singapore as far-flung destinations where Welsh lamb can be found on the menus of top-class restaurants and hotels.

Exports of Welsh lamb hit a record £109m last year. While the majority of overseas exports end up in mainland Europe, there is growing interest in the product from much further afield.