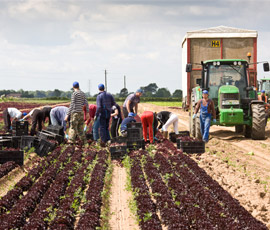 Plans for Wales to establish its owns farm wages board have been thrown into doubt after the UK government blocked the move.

Following the abolition of the Agricultural Wages Board (AWB) serving England and Wales, Welsh ministers had backed plans to introduce its own farm wages board in Wales.

The Agricultural Sector (Bill) for Wales, passed in mid-July, would preserve the status quo of farmworkers’ pay and conditions under the AWB, which was abolished by the UK government in June.

However, the UK attorney general Dominic Grieve has stepped in and written to the Welsh Assembly Government to block the bill, saying he was not convinced it was within the assembly’s competence.

Mr Grieve has referred the matter to the Supreme Court, which will decide whether the bill can be passed or not.

Antoinette Sandbach, the Conservatives’ shadow rural affairs minister, said: “The Welsh Labour government was warned numerous times that they may not have the power to interfere in agricultural wages, so this referral to the Supreme Court is not a surprise.

“Labour ministers rushed this bill through the assembly using the emergency procedure to prevent proper engagement with and scrutiny by assembly members, farming unions and the agricultural industry, resulting in sloppy legislation and doubts over competence.”

The UK government previously said it was not a devolved matter because it dealt with employment law rather than agriculture.

But a spokesman for the Welsh Assembly Government maintained that the bill was within the legislative competence of the assembly.

“The bill will encourage new entrants into the agricultural industry and will help the sector to enhance and retain important skills in order to ensure the future prosperity of the sector,” added the spokesman.

“We have had confirmation that the UK government intends to seek to continue the agricultural wages regime in Wales beyond 1 October until the Supreme Court makes its ruling, which we welcome.”

Before its abolition, the AWB had protected the incomes of 150,000 agricultural workers since the Second World War.

The NFU backed DEFRA’s decision to scrap the “outdated” AWB, saying workers’ rights were already protected under national minimum wage legislation, which has a minimum rate of £6.31 an hour for workers aged 21 and over.

However, critics, including the Unite workers’ union, have pointed out that the AWB set higher rates than the UK statutory minimum wage.

Scotland or Northern Ireland have their own farm wages boards and neither have announced plans to scrap them.

Contract tips after the end of the Agricultural Wages Board