Much has been written about the need to attract new blood into agriculture. But what kind of skills might young people need in the future? Isabel Davies investigates

Plenty has changed in farming over the past 20 years. Machines have got bigger, the technology more sophisticated, the climate more unpredictable and the regulation ever more complex.

Today there are aspects of a farmer’s job that would have been difficult to imagine back in the early 1990s. For example, could we have ever imagined – in a world pre-BSE or before the horrors of the 2001 foot-and-mouth outbreak – that the ability to stay on top of BCMS or EID requirements would become a core part of a farmer’s role?

So if you cast your mind forward 20 years to 2030, it is conceivable that farmers of the future will face a fresh set of challenges. The primary role of a farmer will still be food production. But what other roles is it possible that farmers might need, or want, to fill?

In a bid to answer this question, Forum for the Future and Farming Futures have come up with some possible new job roles or specialisms and identified the skills that are required to do them.

They are not predictions of what will happen, but possibilities based on current trends in the food chain. The report’s authors say by 2030 the UK’s food and farming system will need to be low-carbon, resilient, environmentally restorative and sustainable in social and economic terms.

The idea of these possible job roles is to develop thinking on the skills needed by the next generation, and the opportunities that may be open to them. It will also stimulate debate between incumbent farmers and their successors. 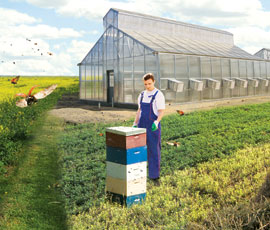 Many farmers already use Integrated Pest Management systems to reduce their reliance on pesticides, but by 2030 this could be big business. Farmers could even have taken this a step further and diversified into insect farming. A world population hungry for protein has also led to breeding bugs for human consumption, as they are good source of protein and vitamins and require fewer inputs to produce than meat. Insects are bred in large, well-maintained and secure environments and monitoring their progress is a highly skilled job requiring expertise in entomology. 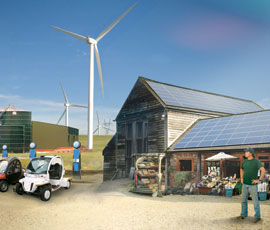 Energy farmers could specialise in renewable energy production and management and be at the hub of the local community, providing food, energy and transport solutions. This farmer will use all the renewable options available – reducing bills and creating a secondary income by providing heat and energy for the community via a local smart grid. Any waste from food production will be used in an anaerobic digestion plant to generate gas, fertiliser and heat to keep farm buildings warm. The farmer could also run a pool of electric cars for the local community which act as back-up power storage and load smoothing for the smart grid. 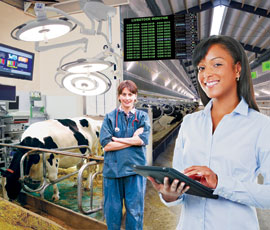 Farmers already care for their stock, but by 2030 things have been taken a stage further and farmers may be actively marketing their stock as premium ‘happy’ animals. The farmer will take a holistic approach to meeting animal needs, deploying animal psychology and behaviour techniques as well as massage, and often therapies such as acupuncture. Advances in technology mean the farmer will be able to monitor the wellbeing of his stock through hospital-like displays. The public will also be able to monitor welfare through live feeds using webcams. 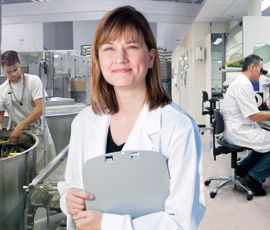 The success of products such as Omega-3 enriched bread has led to a new enterprise called pharming. Food production is still primary in this farmer’s role but pharmed produce has led to new markets and income streams. Farmers could be working with specialists to grow plants that have been genetically engineered to produce medicine at a fraction of the price of conventional methods. Farms might also have an orchard growing ‘nutraceutical’ apples which have been engineered to be super-dense in a wide range of vitamins and nutrients. 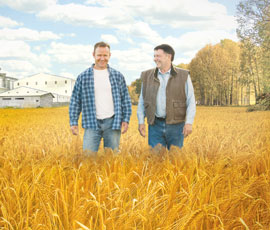 Alongside a thriving food production business, this farmer could also specialise in carbon sequestration. He would use a combination of techniques to capture and bury carbon. The farmer might be growing willow to be burnt in a prolysis kiln which produces biochar (charcoal created by pyrolysis of biomass) on suitable land. Or they could be using mixed farming systems or organic farming methods such as intercropping and cover crops to increase soil carbon content. This farmer would receive financial rewards for meeting environmental targets and for providing advice and consultancy to others. 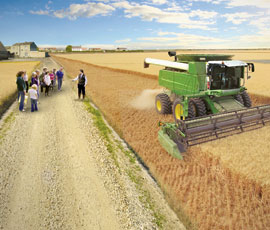 Consumer demand for transparency on food provenance and animal welfare has led to a new generation of farmers who are the face of their farm brand and are openly communicating their work. Consumers will expect to be able to see the farm and communicate with staff through blogs, tweets and film. Improvements in mobile and information technology will allow the farm to stream farming to the consumer live and the online community. Shoppers will be able to track the whole supply chain simply by scanning a barcode on a product with their mobile phone.