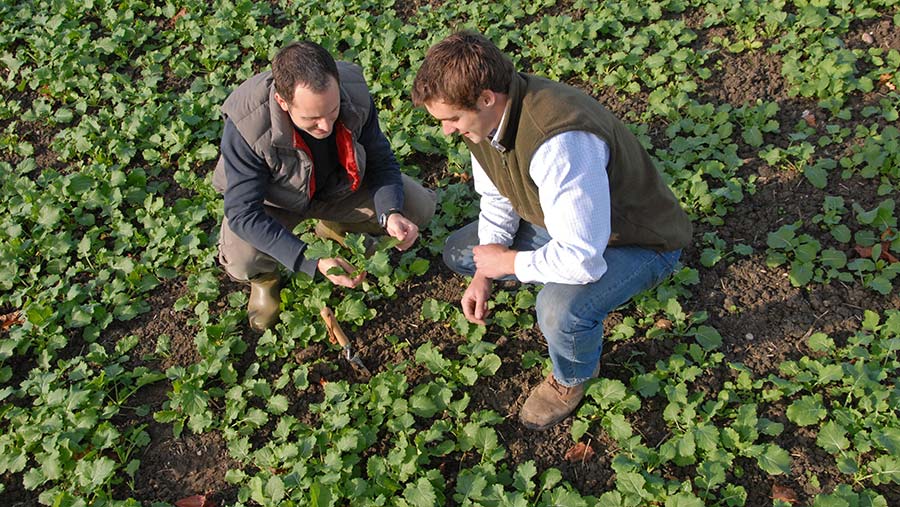 Agriculture may be one of the oldest professions in the world, but there’s never been a time when it’s been more relevant to people from all walks of life than now.

Farming and food production is a global industry that is strategically and economically important. In the UK, farming is the bedrock of the agri-food sector which is worth £122bn to the UK economy and employs more than 4 million people, according to Defra.

See also: What’s it like to be a farm manager?

But it is also an industry in transformation because of issues such as climate change, advances in technology and new public expectations. It needs, therefore, to have a workforce fit for the future and focused on the right priorities.

So what does this mean for agriculture as a potential career choice?

Four reasons to consider a career in agriculture

There is a strong feeling among industry leaders and employers that the sector needs to go beyond the traditional pool of people it draws from and open itself up to more from outside of agriculture.

UK farming has faced a skills shortage for decades, with employers increasingly reporting they are struggling to find enough suitable candidates for specialist, skilled on-farm roles, such as spray operators or herdsmen.

The solution for some progressive employers is to spread their net more widely than they might have in the past and accept that they will need to invest in training and career development.

“It is happening. For example, we are seeing people in the pig sector take on animal care students and train them up to run a pig unit,” says Tess Howe, AHDB manager for external skills development.

“I also heard of a farm that recruited two chefs from the local pub. The chefs said that working in agriculture was like a breath of fresh air, because they had been so used to working in a sector with such antisocial hours.”

The message that farming is a career choice that more should consider is one that Leaf Education has been keen to project, working with the National Federation of Young Farmers’ Clubs on a Future Farming programme which showcases agriculture as a diverse and exciting business to be in.

“We’re trying to show that it is an industry that is open to all,” says Carl Edwards, director of education and public engagement at Leaf Education.

“Our survey work suggests there are lots of misconceptions that need to be overcome, such as that you need to own land to become a farmer and that it is very dirty, muddy work.”

At the cutting edge

The industry may still have a reputation in some quarters for being old-fashioned, but the reality is that farmers have always been quick to adopt new technologies and this is a trend that is accelerating.

But as technology becomes more central to farmers’ day-to-day operations, the skills shortage is being felt even more acutely.

Drones are now relatively commonplace on British farms and there’s a wave of cutting-edge technologies being developed to help farming become more efficient and environmentally sustainable.

These include artificial intelligence, gene-editing and robotics, along with the rise of new concepts such as vertical farming, which involve growing food crops in temperature-, moisture- and nutrition-controlled indoor environments.

Employers are conscious that the development and subsequent rollout of such technology requires people with a whole new range of skills, such as engineers, chemists, geneticists and data analysts.

There’s a fear that many people with these sort of qualifications may not even consider agriculture as a career option, because of a perception among careers advisers that it’s still a sector which is hard physical work and best suited to someone who hasn’t done so well at school.

But careers in agriculture have always been far more varied than those unfamiliar with the industry sometimes realise. There are thousands of different career paths – many of which have competitive salaries and great opportunities to progress.

“The reality is I can’t think of a job you can’t do in agriculture – the options are unlimited and international,” says Ms Howe. “It is a high-tech, progressive industry and there are opportunities to enter at both a graduate and post-graduate level. We need more people to realise this.”

The message that the farming industry should be seen as an option for more degree-level candidates is one reinforced by research from Hadlow College in Kent, which decided to explore the future of farming in the digital age to coincide with its 50th anniversary.

It looked at the potential of technologies such as hydroponics and robotics, alongside techniques such as agroecology, concluding that graduates will be crucial in driving innovation in this increasingly high-tech section of the economy.

“With the advent of precision technology such as remote sensing, robotics and GPS mapping, agriculture and production horticulture offer increasingly modern, exciting and challenging careers,” says the college.

During his two years as Defra secretary, Michael Gove repeatedly spoke of the farming industry as being on the brink of a technological revolution and championed it as an industry which should be the career of choice for new talent.

As he told delegates at the 2019 Oxford Farming Conference: “We need to make sure the next generation coming to work in farming and food production recognise it is one of the most scientifically exciting and academically rigorous areas of future industrial growth.”

Climate change and the environment

Another critical challenge for farming is how it can address the climate change crisis facing the world.

The farming industry has been castigated in recent months for the role that livestock plays in greenhouse emissions, and farm leaders have agreed that it needs to become net zero in terms of emissions by 2040.

While food production is at the heart of agriculture’s raison d’être, its supporters point out that with an increasing focus on biodiversity, soil, air and water quality, it could make a positive difference to combating climate change through carbon sequestration.

“As both a sink and a source of greenhouse gases, agriculture is uniquely placed to be a key part of the solution to the climate challenge,” argues NFU president Minette Batters.

But if agriculture is to be part of the solution to this global problem, it will require people capable of some smart thinking about how production systems can evolve, so they are more sustainable environmentally.

It will also require people on the ground with the practical skills and enthusiasm to turn that theory into reality.

Being at the heart of this important agenda may tie in with the aspirations of young people who are increasingly looking for job opportunities where they can make a difference when it comes to the environment.

The RSA Food, Farming and Countryside Commission recently spoke to more than 1,000 young people, aged between 16 and 24, to get a sense of what they are looking for from their working lives, and to see if there are aspects of working on the land that might be attractive to them.

The research found that most young people would be proud to work for a business that protects nature, helps to tackle climate change and helps people to live healthily.